Why Dolly Parton Is Dumping $37 Million Into Dollywood 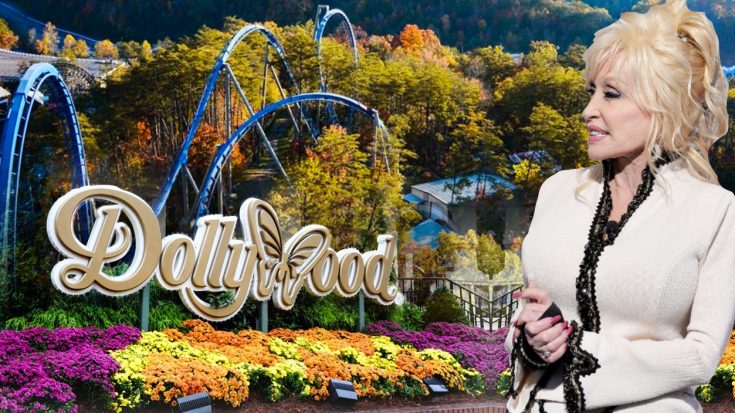 For the first time in its 32 years as a theme park, Tennessee’s beloved Dollywood is doing the unimaginable…

First opened in 1961 as the “Rebel Railroad,” this massive part of the South’s history and culture has been a staple for decades. Renamed Dollywood in 1986 after country music queen Dolly Parton bought it, this theme park and entertainment complex has grown massively in its 32 years – but now things are changing…

Dolly will be at @Dollywood this weekend and will be out on the park at 4 pm, Friday and Saturday! #dollyparton #dollywood pic.twitter.com/xeW9KzgDvS

Dollywood, which is the largest employer in the area, and the biggest ticketed tourist attraction in Tennessee, has always strived to add more for guests to enjoy. When it opened as Dollywood for the very first time, they had added a massive number of attractions – many of which reflected on Parton’s own life and musical career.

Dollywood has been nominated for several of USA Today's 10Best Awards! Help us win by voting via the links below!

As the park has grown over the last three decades, a whole new waterpark was added and adventurous new rides have cropped up to give folks the thrill they’ve been seeking. On top of that, shows, museums, and new eateries have dotted the map of the ever-growing park.

But now, Dolly Parton is doing something she’s never done before in the history of the park – she’s dumping $37 million into it…and the reason may surprise you.

Learn inside information about our #DollywoodExpress It takes a lot of work to maintain this star attraction. Find out what's happening to get it ready to by March 16- https://t.co/ZtDtRwmBK1 pic.twitter.com/UminkEflbv

#tbt One from the vault. A view of the village in the Goldrush Junction days. #DWHiddenHistory pic.twitter.com/GVA1pqyuVj

20 stories…77 mph…Are you ready to drop into fun this Saturday? pic.twitter.com/vPfVQFNIZr

Dolly Parton and Dollywood announced a $37 million dollar re-investment in the park to create the biggest expansion they’ve ever done – and it’ll all be complete next year!

Calling the new section of the park Wildwood Grove, it will bring a total of 11 new features to the park’s list and among that, are six completely new rides.

The hefty price tag of the expansion means that every little detail will be thought through and carefully planned – a signature staple of the Dollywood experience.

Parton says this new expansion has been inspired by her childhood when she would wander through the hills around her family’s Smoky Mountain home and her mind would dream up all sorts of wild things.

“I’d pretend that the frogs and butterflies were my friends. I’d imagine about what it’d be like to fly with a dragonfly or to follow a bear family through the woods,” she says in a press release. “Now all these things are coming true for our guests to experience in Wildwood Grove; it may be my new favorite part of Dollywood!”

Watch this amazing, in-depth analysis of the new Dollywood expansion below and let us know if you’ll be checking out Wildwood Grove in 2019!