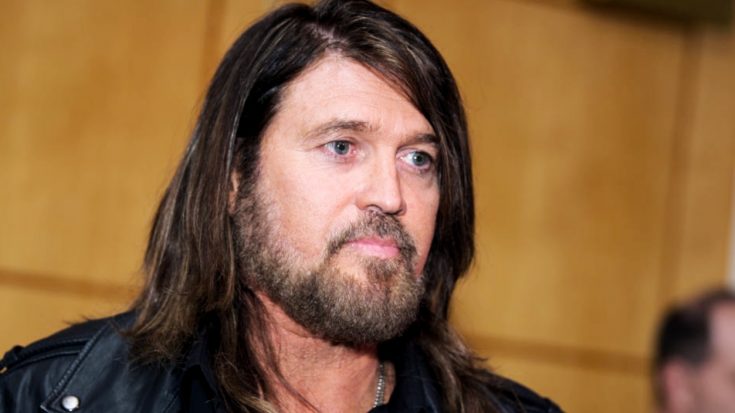 Those who were excited to watch Billy Ray Cyrus perform at the Big Valley Jamboree festival in Canada on Friday (August 3) got a dose of disappointment. Mere hours before he was set to take the stage, Cyrus posted a tweet explaining that he would be unable to make the show.

So why was Cyrus forced to cancel his Big Valley Jamboree appearance on such a moment’s notice? Well he had a reason, and a scary one at that.

As Cyrus explained, his plane was experiencing some “major issues” on his way to Alberta for the festival. Luckily, the pilot made a safe landing and everyone on board was unharmed, but they were unable to continue their travels.

“I’m safe & the crew is fine, but I’m not going to make it in time for my performance,” Cyrus wrote. “I am so disappointed & hate that this happened…“

To all my fans in Canada & our friends at @theBVJ: my plane had major issues on the way up to Alberta. I'm safe & the crew is fine, but I'm not going to make it in time for my performance. I am so disappointed & hate that this happened, but I’ll be back next year. Much love, -BRC

Minutes before Cyrus posted his tweet, the festival sent out a tweet of its own to let attendees know that he would be unable to make it. This tweet provided a little more context, explaining that Cryus’ plane was experiencing some “mechanical issues” that kept him from having a safe flight.

As the festival shared, Cyrus was “absolutely devastated” because this marked the first time in his nearly 30-year career that he ever had to cancel a concert.

IMPORTANT ANNOUNCEMENT:
Billy Ray Cyrus will not be able to perform due to mechanical issues with his flight.

We have talked to Billy Ray and he is absolutely devastated that he could not make the show this afternoon as it is the first performance he has ever cancelled.

Thankfully, Cyrus was safe. The festival was quick to find a replacement for his performance slot, and the perfect person stepped up to the plate.

You see, Cyrus’ band had ventured to Canada separately, and they were already safely at the festival. So they enlisted the help of Cyrus’ good friend Derek Jones who filled in his spot.

The festival tweeted out this change in the schedule, which attendees were more than understanding about.

Fortunately, Billy Ray has landed safely. Billy Ray’s Band is here along with his good friend Derek Jones who is going to fill in for him.

As a result, we do have a scheduling change…

Cyrus promised he would be back at the festival next year to help make up for his absence in 2018. Since he’s never had to cancel a show before, we’re sure Cyrus will be sure to treat those folks to the best show of their lives when he arrives.

Though we’re sure a few of his fans still have some achy hearts over the fact that they weren’t able to see him perform. He clearly had a good reason why he couldn’t be there, because things could have been much worse!