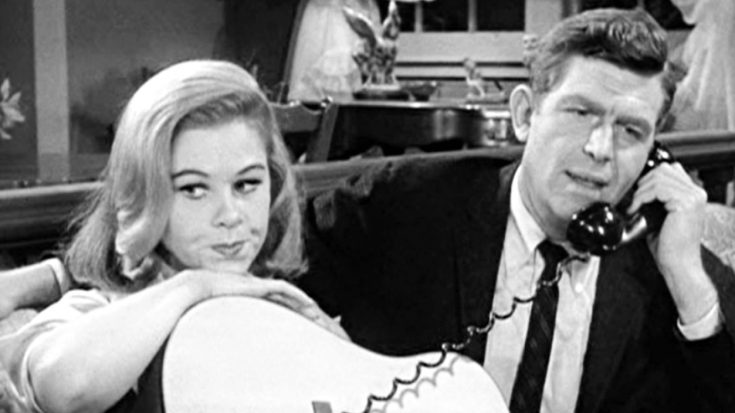 During the first few seasons of the hit show, Taylor, portrayed by Andy Griffith, seemingly struggled to keep a love interest. His first girlfriend, Ellie Walker, played by Elinor Donahue, signed a three-year contract with the show, but she asked to be released from the commitment after filming just 11 episodes.

Griffith acknowledged his struggle with women on the show, and he blamed himself for Taylor’s lack of chemistry with the various love interests. Griffith told Richard Kelly, the author of The Andy Griffith Show book, that his “peculiar nature” made it more challenging to write storylines for women. Griffith explained:

Dick Linke, Griffith’s manager, also spoke with Kelly on the subject. He admitted that Griffith’s real-life personality was why Andy Taylor never had a “real kiss” on The Andy Griffith Show.

“Andy, you have to realize, is not really a ladies’ man. He doesn’t know how to go chasing the ladies. If you’ll notice, he rarely kissed anybody in the series, and only rarely did he hold Helen Crump. He never did a real kiss,” Linke stated, later adding: “He is that way in real life.”