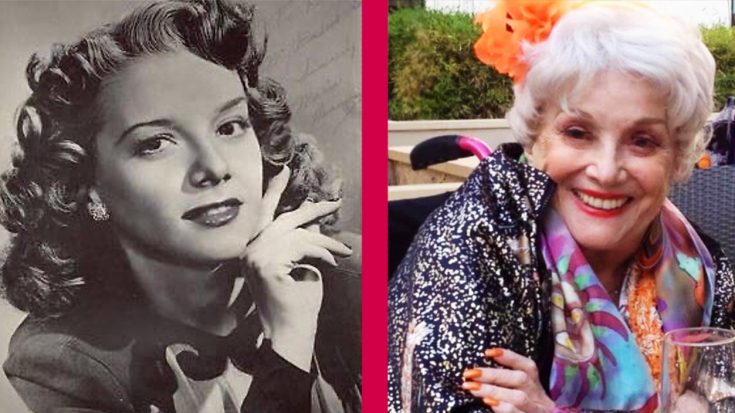 Hollywood actress Marie Harmon passed away on Monday, January 25, 2021. She was 97. The Hollywood Reporter confirmed that Harmon died of natural causes in Los Angeles.

Harmon worked primarily in the 1940s in what is known as the Golden Age of Hollywood and starred in several western movies such as The El Paso Kid, Nighttime in Nevada, and Springtime in Texas.

Born in Chicago, Illinois, on October 21, 1923, Harmon performed in local theater productions. At age 18, she moved to Hollywood, California, to pursue her dream of a professional career in acting.

Prior to her acting career taking off, Harmon worked as a car-hop at a drive-in, a cigarette girl, and as a hostess for a nightclub. It wasn’t long before she started getting small roles in films such as Hers to Hold, Hatcheck Honey, and Hi’Ya, Sailor. Harmon eventually signed a contract with Republic Pictures and starred in films like The Sailor Takes a Wife, Gunsmoke, and Killer McCoy.

Harmon was married three times and is survived by her daughters Sondra and Cherie, along with four grandchildren.