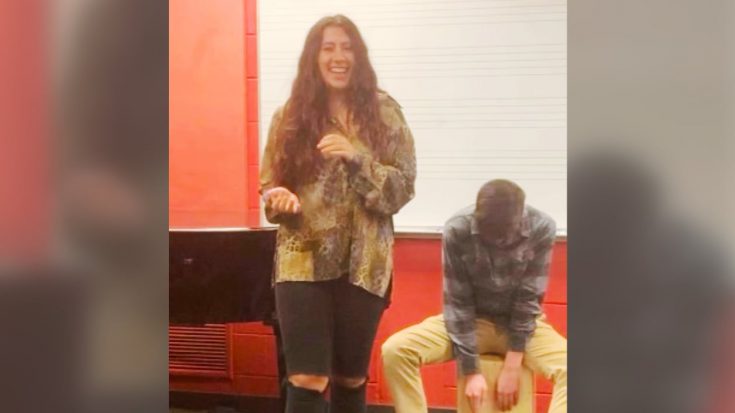 Vince has two daughters, and both of them happen to be singers just like their father. He shares eldest daughter Jenny with ex-wife Janis Oliver, and youngest daughter Corrina with his wife, Amy Grant.

Both girls have already had the chance to perform with their parents on a number of occasions. Back in 2017, they united with their father to sing the National Anthem prior to a Predators match at Nashville’s Bridgestone Arena. People were amazed by their talents, and the video of their performance has since generated over one million views.

So it should come as no surprise that a then-18-year-old Corrina impressed a number of people with her rendition of a Michael Jackson staple…”Bad.”

Released in 1987, “Bad” shot to the top of the Billboard Hot 100 chart after its debut. It also topped a number of other music charts in countries around the world, including Belgium, Ireland, and Italy.

The music video for “Bad” was just as successful.

Since it was such a popular song, “Bad” has been covered a number of times. It was even remade for the TV series Glee, and that rendition charted on the Billboard Hot 100.

Now, Corrina can add her name to the list of artists who have performed a knockout rendition of “Bad.” She shared her version on her Instagram, writing that it was her “2nd performance in commercial seminar.”

Corrina was accompanied by a small group of musicians and other singers. Together, the group delivered a unique rendition of “Bad” that took on an almost blues-like tone.

We could talk about Corrina’s performance all day, but it’s best if you hear it with your own ears. Give it a watch in the video below.

Corrina has the music in her, that’s for sure!