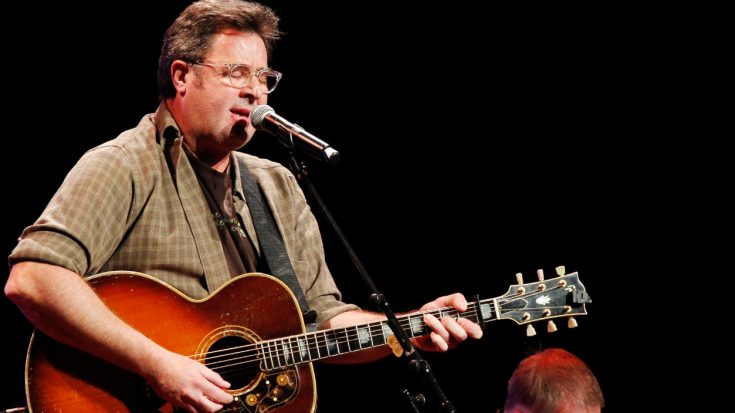 One of country music’s most beloved and favorite legends was hospitalized just hours before the biggest night in country music – and we are keeping him in our prayers!

Vince Gill, who was listed as one of the evening’s performers in a tribute to fellow legend Ricky Skaggs, was noticeably absent from the red carpet of the 52nd Annual CMA Awards. It wasn’t until about halfway through the live stream that it was revealed what was going on.

From watching inspiring legends to inspiring the next generation. #CMAawards pic.twitter.com/PjinF6yptB

Just moments before the opening act began, two of country’s newcomers – the Brothers Osborne – appeared on ABC’s All Access Red Carpet live stream and explained what was going on with Gill and how the show would make up for his performance.

Talking with Kellie Pickler and Ben Aaron from Nashville’s hot daytime talk show Pickler & Ben the duo made the announcement for Vince Gill and explained that he was going to miss this iconic tribute to Skaggs.

“I don’t know if the Ricky Skaggs thing has been announced or not,” T.J. explained pointing to his brother. “But John is going to be sitting in with Ricky Skaggs and Keith Urban. They’re gonna pull John from the seats and I’m gonna stay there to watch that effect!”

Vocal Duo of the Year goes to @brothersosborne for the 3rd consecutive year #CMAawards pic.twitter.com/wB5xtWVSS6

The winners of the CMA Award for Vocal Duo of the Year revealed that John was taking Vince Gill’s place in the Ricky Skaggs tribute because he had been hospitalized earlier in the day – but not to worry, he’s doing just fine!

“Vince Gill, unfortunately, was in the hospital – he has a kidney stone,” John added. “So, Vince Gill’s kidney stone was the best thing that ever happened to me!”

Everyone chuckled at the lighthearted joke and then Kellie and Ben wished Gill well as they waved to him and spoke through the camera.

We are praying Vince Gill has a speedy recovery and we are going to miss seeing him on stage tonight! We know that he wanted to be here so badly!

Watch the full interview clip below and send your well wishes to Vince in the comments!