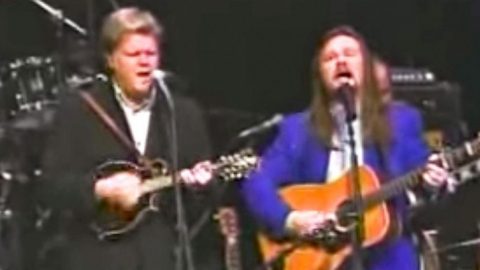 The Long History Behind A Hit Song

If only one word could be used to describe the song “Man of Constant Sorrow, ” it would have to be “timeless.” While many now know the tune from the 2000 film O Brother, Where Art Thou? it has a detailed history that stretches back decades.

Originally titled “Farewell Song,” a partially blind fiddler named Dick Burnett wrote “Man of Constant Sorrow” at some point around 1913. 15 years passed before the song was finally recorded by Emry Arthur, and it took on its current title at that time.

The song has been recorded an abundance of times since then. The Stanley Brothers became the first ones to achieve real success with “Man of Constant Sorrow” when they released their recording of it in the 1950s.

Finally Finding Success Thanks To Film

After experiencing a wave of popularity in the 1960s, the buzz around “Man of Constant Sorrow” sort of calmed down. But that all changed when O Brother, Where Art Thou? was released in 2000. The song is an important part of the movie’s plot, as the three main characters record it under the guise of a group called the Soggy Bottom Boys.

It is performed at two different points in the film, and was featured on its Grammy-winning soundtrack.

The soundtrack’s version of “Man of Constant Sorrow” also received a Grammy, which was awarded to singer Dan Tyminski. Since then, it seems that interest in the song has been just as strong as ever.

A Good Cover You Have To Hear

If you’ve always loved listening to “Man of Constant Sorrow,” then you’ll get a real kick out of what we have to share with you here. Some years ago, two major country stars decided to join forces for one of the absolute best versions of the song that we’ve ever heard. They were Travis Tritt and Ricky Skaggs.

Tritt took the lead on the tune, crooning into the microphone with his signature country twang. Skaggs jumped in every now and then to harmonize with him, but mostly remained focused on playing his mandolin. And let us tell you, he was pickin’ on that thing like crazy! In fact, there was one point that he started playing so fast that the crowd couldn’t help but cheer in the middle of the performance.

You’re sure to be equally impressed by Tritt and Skaggs’ version of “Man of Constant Sorrow.” You can catch their out-of-this-world performance in the video below.

Now this is a true display of talent!