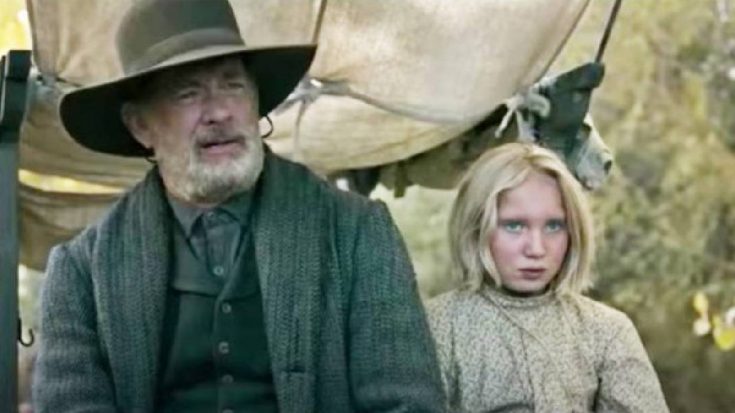 Tom Hanks has portrayed some pretty iconic roles over the years. He’s played Andrew Beckett in Philadelphia, Richard Phillips in Captain Phillips, Captain Chesley Sullenberger in Sully, and Fred Rogers in A Beautiful Day In The Neighborhood, just to name a few.

He has acted in comedies, dramas, thrillers, movies based on real events, but there is one type of movie he hasn’t done yet – a Western. But thanks to his upcoming move, he can cross the Western movie genre off his list!

This Christmas, a move entitled News of the World will be released to the masses, reuniting Hanks with his Captain Phillips directer Paul Greengrass and the trailer for it was just released.

The post-Civil War-era western follows Hanks as Captain Jefferson Kyle Kidd, a widower and veteran of three wars. Hanks’ character travels around the country as a nonfiction storyteller, sharing the “news of the world” – news from around the world about presidents, queens, devastations, and triumphs. He is tasked with taking a young German girl, Johanna, who was recently rescued from a Kiowa reservation, to her surviving relatives in San Antonio.

The duo is faced with many different obstacles and find a sense of respect and love for one another along the way. News of the World is based on a 2016 novel of the same name written by Paulette Jiles. Just a few months after the book’s release Fox 2000 bought the rights and Hanks signed on to star almost immediately.

It’s about time Tom Hanks starred in a Western movie, and we think he may have picked a winner because it looks very good! Watch the trailer for News of the World below.

If you’d like to read the book before you watch the movie, you can purchase it here.