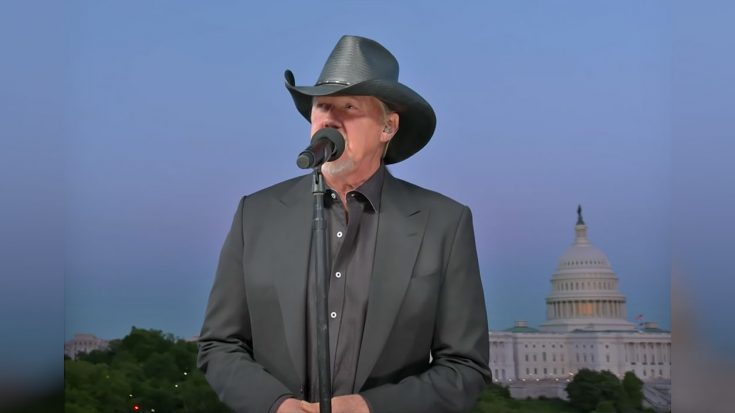 Trace Adkins performed his hit song “Still A Soldier” for the National Memorial Day Concert, which aired May 24, 2020, on PBS. With the White House as the backdrop behind Adkins, he sang every word with deep conviction in his voice while accompanied by the National Symphony Orchestra. The video that was aired also shows pictures of various military service members and acknowledges their sacrifice.

“Still A Soldier” isn’t the only tribute to the troops that Adkins has released over the years. Songs like “Arlington” and “‘Til The Last Shot’s Fired” inspire patriotism in the heart of every American. On his list of songs honoring servicemen and women, is the song “If The Sun Comes Up” which he also performed on Sunday.

The entire event was recorded and can be watched on YouTube just in case you missed it.

The powerful lyrics from the end of the chorus of “Still A Soldier “read,

“‘Til his last breath he’ll always be, a soldier. He’s still a soldier.”

He wrapped up his performance by saying,

“To all those who have served, thank you.”

Check out his performance in the video below.