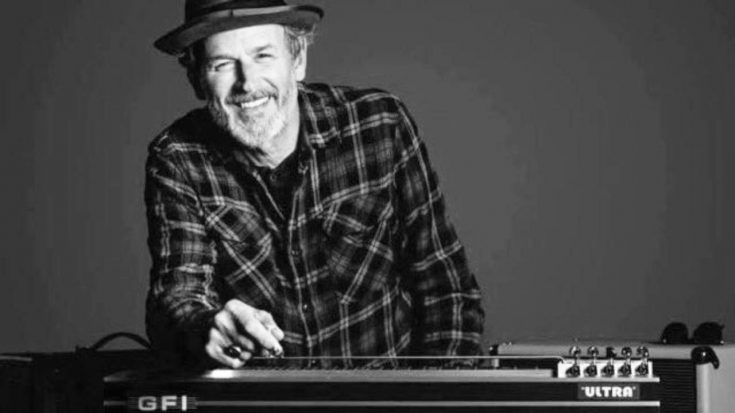 On Monday (May 25), a music great was called to play in Heaven’s band. Bucky Baxter, a well-known and respected pedal steel guitar player, passed away at the age of 65 in Sanibel Island, Florida.

Rayland shared a few photos of his father along with the caption, “BUCKY BAXTER is god’s most beautiful invention. He is my father. He is my everything. And now he is and angel. My heart is broken. Yet I am blinded by joy.”

Bucky started studying the pedal steel guitar in the 1970s and in the 80s, he met country singer Steve Earle. Bucky played on Steve’s 1986 debut album Guitar Town, as well as his 1988 LP Copperhead Road and The Hard Way, which was released in 1990. Bucky was also a founding member of Steve’s backing band The Dukes.

While on tour with Earle and The Dukes, Bucky met Bob Dylan, who asked the musician to teach him how to play pedal-steel. Eventually, in 1992, Bucky joined Bob Dylan’s touring band. According to Rolling Stone, Bucky toured with Bob Dylan throughout the 1990s on his Never Ending Tour and played “more than 750 shows, including a 1995 MTV Unplugged concert, and adding pedal steel to Dylan’s Grammy-winning 1997 album, Time Out of Mind.”

After touring with Dylan, he released a solo project and played on countless records for country and Americana singers, including his son Rayland.

A cause of death is unknown at this time. Our thoughts and prayers are with Bucky’s family and friends.

Watch Bucky perform pedal-steel with his son Rayland’s band below.