Tony Bennett Announces He Was Diagnosed With Alzheimer’s In 2016 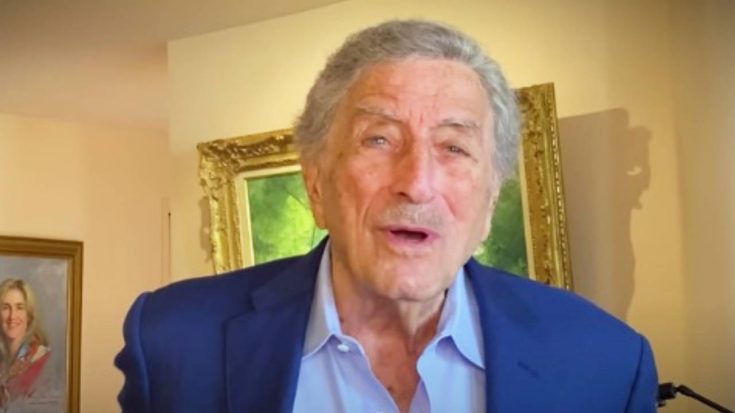 Legendary singer Tony Bennett and his family have kept a secret from his fans for the last four years and is finally opening up about it.

He made the huge reveal on Twitter, linking to an interview with AARP.

“Life is a gift – even with Alzheimer’s,” the 94-year-old wrote. “Thank you to [my wife] Susan and my family for their support, and @AARP The Magazine for telling my story.”

Life is a gift – even with Alzheimer’s. Thank you to Susan and my family for their support, and @AARP The Magazine for telling my story.

Bennett’s diagnosis came a year after he went on tour with Lady Gaga to support their 2014 chart-topping duets album Cheek to Cheek.

A follow up to the album was recorded between 2018-2020 and is set for a full release this Spring.

Bennett still sings his full 90-minute concert set twice a week to stimulate his brain, and you would never know about his diagnosis.

Writer John Colapinto says, “Both Susan and [son] Danny said that backstage, Tony could seem utterly mystified about his whereabouts. But the moment he heard the announcer’s voice boom ‘Ladies and gentlemen — Tony Bennett!’ he would transform himself into performance mode, stride out into the spotlight, smiling and acknowledging the audience’s applause.”

Thankfully, he has not developed some of the disease’s worst side-effects such as wandering from home, episodes of terror, rage, or depression, but his wife admits that he is “not always sure where he is or what is happening around him.”