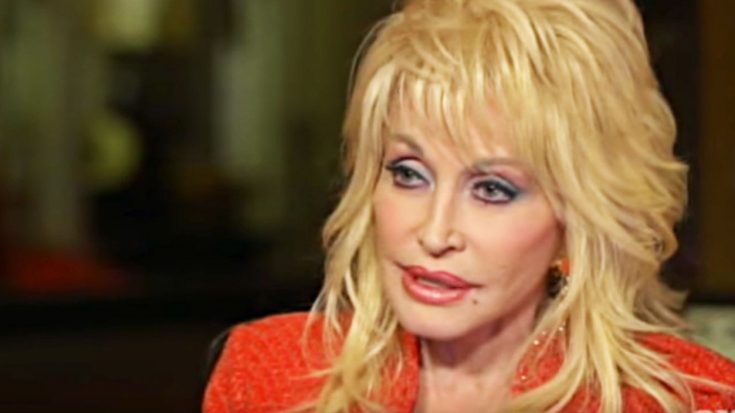 What do Tiger Woods, Loretta Lynn, Andy Griffith and Mr. Rogers have in common? They are a just a few of the hundreds of individuals who have been awarded the Presidential Medal of Freedom…the nation’s highest civilian honor.

But, one name can’t be found on the notorious list of recipients, and it isn’t because the award wasn’t offered to her.

Dolly Parton revealed in a new interview with the TODAY Show that she was offered the Presidential Medal of Freedom twice by President Donald Trump’s administration, but had to turn it down.

“I couldn’t accept it because my husband was ill and then they asked me again about it and I wouldn’t travel because of the COVID,” she said before adding that President Biden’s administration has reached out to her about the honor as well. “Now I feel like if I take it, I’ll be doing politics, so I’m not sure.”

“But I don’t work for those awards,” she continued. “It’d be nice but I’m not sure that I even deserve it. But it’s a nice compliment for people to think that I might deserve it.”

The Presidential Medal of Freedom is an honor bestowed upon individuals who have made “an especially meritorious contribution to the security of national interests of the United States, world peace, cultural or other significant public of private endeavors.”

We can likely all agree that Dolly Parton deserves such an honor due to her decades of philanthropic work through her Imagination Library, The My People Fund, the Dollywood Foundation and more. Through the Imagination Library, Dolly has given away more than 100 million books and calls the effort “one of the things I’m proudest of, of anything I’ve ever done.” She also donated millions of dollars to East Tennessee residents affected by the devastating wildfires in 2016, gave money to high school graduates in her home county to help lower dropout rates, contributed $1 million to fun COVID-19 vaccine research, and the list goes on.

In an interview last year, former President Barack Obama told Stephen Colbert that it was a mistake that Dolly hadn’t already been awarded the Medal of Freedom.

“How does Dolly Parton not have a presidential medal of freedom?” Colbert asked Obama.

“That’s a mistake. I’m shocked,” Obama replied. “Actually, that was a screwup, I’m surprised. I think I assumed that she’d already got one and that was incorrect. I’m surprised, she deserves one.”

We agree and hope that one day we will see Dolly accept her much-deserved honor. Watch Dolly Parton talk about the Presidential Medal of Freedom by clicking here.