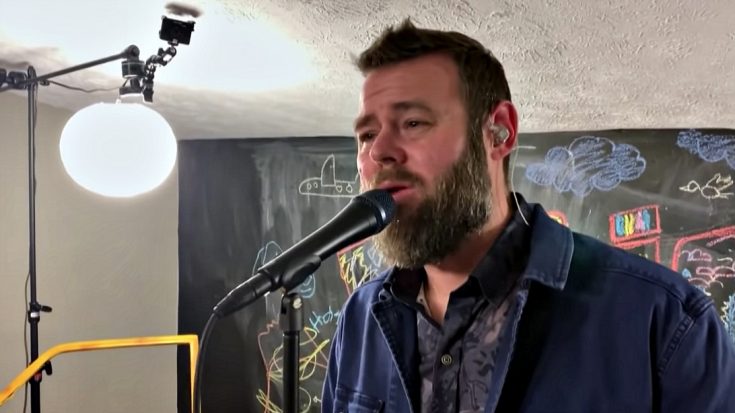 The Voice semi-final took place on May 11, 2020, and it was packed with amazing performances from the final 9 contestants. Tuesday night’s results show will whittle the competition down to five finalists who will vie for the coveted Voice title next week.

Unlike previous seasons, the semi-finalists battled for America’s votes from home while the coaches tuned in from theirs. The result was a raw and real glimpse into the competitor’s lives and talent. But, without the energy of the crowd to feed off of, the singers had to pull out all the stops to capture the viewers’ votes.

While the night was full of standout performances, one seemed to stand out above the rest. Todd Tilghman, a pastor and father of eight from Meridian, Mississippi, covered Collin Raye’s 1991 chart-topping hit “Love, Me,” bringing himself and most of us to tears.

The sentimental ballad was Collin Raye’s first No. 1 song and tells a timeless love story of two people separated by a father, then decades later by death. The couple’s grandson narrates the story and shares the moment his grandfather reveals a letter written by his grandmother early in their courtship. The letter promises:

“If you get there before I do, don’t give up on me
I’ll meet you when my chores are through;
I don’t know how long I’ll be
But I’m not gonna let you down, darling wait and see
And between now and then, till I see you again
I’ll be loving you. Love, me”

The boys grandfather cries as he repeats the words to his beloved just before she passes away.

As Todd Tilghman poured out an emotional cover of the familiar song, cameras panned the room and showed his children as photos of Tilghman and his wife were shown on screen. Coach Kelly Clarkson can be seen wiping away tears throughout the performance, and Tilghman himself couldn’t hold tears back after he concluded the song.

“If I could sound like a man singing, I would want your voice,” Kelly told Todd. “I think you have such a cool storyteller voice and this is such a great song.”

Todd’s coach, Blake Shelton, praised his performance and was surprised to see the emotion coming from Todd.

Todd’s “Love, Me” performance launched Collin Raye’s original rendition to the Top 5 of the iTunes US Country Songs chart, and to #12 on the all-genre Top 200 chart on iTunes as of press time.

On Tuesday night, the top vote-getter from each team will automatically advance to the finale. The remaining artists will sing for an Instant Save. For the first time the history of the show, there will be a final five.

Watch Todd Tilghman’s performance of “Love, Me” in the video below.