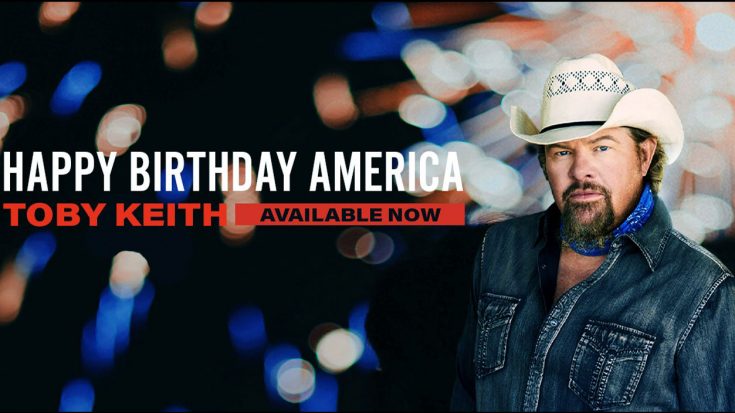 Toby Keith dropped a new song on Friday, July 2, 2021, ahead of the 4th of July called, “Happy Birthday America.” In it, Keith questions the longevity of the nation and where things are headed.

“Seems like everybody’s pissin’ on the red, white, and blue. Happy birthday America whatever’s left of you,” he sings in the chorus.

Keith explained during an interview with Fox & Friends that the inspiration to write the song came to him last year in 2020 while he was celebrating the 4th of July. A friend of Keith’s told him, “Happy Fourth of July, big dog,” and Keith responded, “Happy birthday, America. Whatever’s left of you.”

“It had been a screwed up 18 months,” Keith said in a different interview with The Music Universe. “I was seeing both sides having concern over the end of democracy. We’ve fought and divided almost to the point it’s only about power and winning. Charlie Daniels had a song saying ‘God save us all from religion.’ And I’m thinking, God, save us all from politicians.”

Watch the video below to see Keith’s full interview with Fox & Friends as well as his video premiere of “Happy Birthday America.”