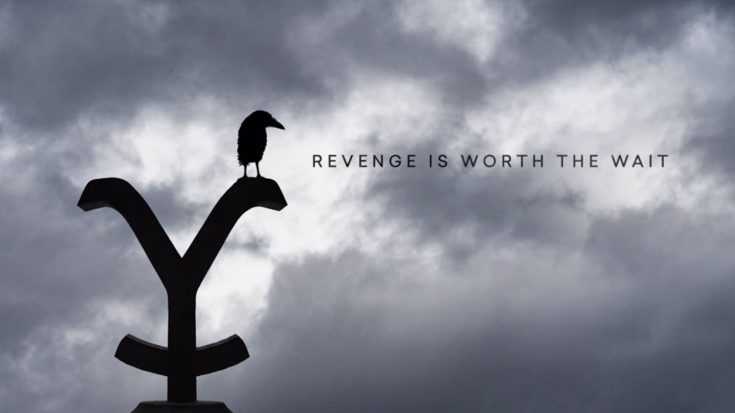 Following Yellowstone’s 4th of July weekend marathon on the Paramount Network, the show took to social media to share another teaser clip for the up-and-coming Season 4.

In the video clip, the phrase “Revenge is worth the wait,” appears as crows fly through an ominous cloud of smoke. Since crows are usually associated with dark omens and death in mythology, the teaser really has fans eager with anticipation – especially after the Season 3 cliffhanger.

Prior to the 4th of July weekend, Paramount unveiled a Season 4 trailer which Cole Hauser’s Rip Wheeler discovering a recently-shot, John Dutton played by Kevin Costner. Thankfully, the teaser is clear that John is still breathing, ready to seek revenge, putting an end to speculation and getting fans all the more excited for the imminent release.

While the teaser does not give an exact premiere date, Paramount has confirmed that Season 4 will be premiering in the fall of 2021. According to Entertainment Weekly, the new cast members joining Season 4 include Jacki Weaver, Piper Perabo, Kathryn Kelly, and Finn Little.

And don’t forget, while we wait for Season 4 the Yellowstone world and the Dutton family is also expanding with a spin-off series and a prequel series for Paramount+.

Watch the trailer for Season 4 below.