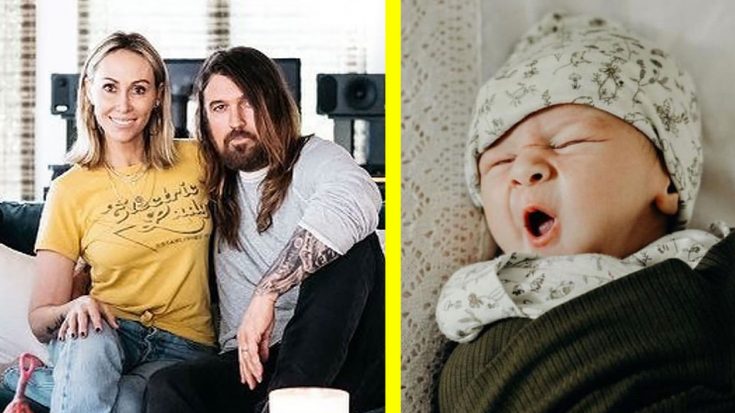 It’s pretty obvious that the Cyrus family is overjoyed about the latest addition to the family. Billy Ray Cyrus and his wife Tish welcomed their first grandchild, Bear Chance Cyrus on June 8th, 2021

Bear is the first child of the singer’s son, Braison Cyrus, and wife Stella McBride Cyrus.

Braison and his wife Stella revealed their pregnancy news in December and announced the birth of their son on Friday, June 11, 2021.

“Bear Chance Cyrus was born June 8th, 2021 at 10:05 PM. He is 9 lbs and 22 inches of pure joy,” Braison said in an Instagram post. “God poured every bit of mercy, tenderness, beauty and strength into him and Stella during her herculean feat of birthing him.”

Everyone in the family seems to be enjoying Bear’s presence. Billy Ray Cyrus recently posted a photo holding his grandson with the caption:

“Papaw Cyrus holding Bear Chance Cyrus. Or…. is He holding me ? Probably both are accurate assessments!!! Thanking God for all my blessings. Amen.”

And most recent was Tish’s post showing two photos of Bear all bundled up and yawning during a nap. “You’re everything,” she wrote along with emojis of the moon, a star, and the world.

View the photos below.