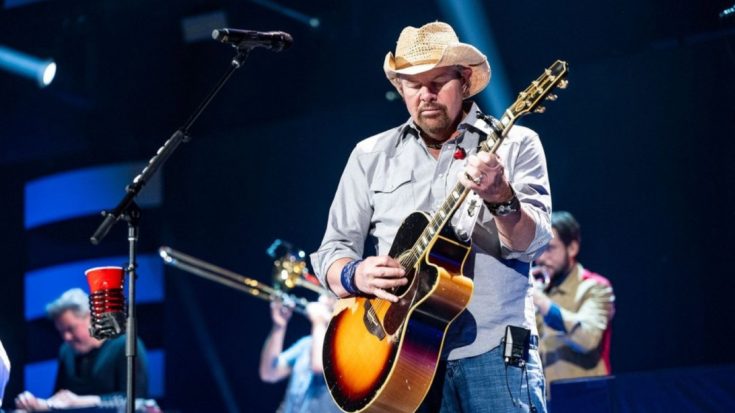 Country star Toby Keith announced Sunday that he had privately been battling cancer for the last six months.

In a post made to social media, the 60-year-old singer revealed that he was diagnosed with stomach cancer last fall and had undergone chemotherapy, radiation and surgery for the last six months.

“So far, so good,” Keith wrote. “I need time to breathe, recover and relax. I am looking forward to spending this time with my family. But I will see the fans sooner than later. I can’t wait.”

Toby was scheduled to kick off his Country Comes to Town Tour on June 17 in Wheaton, Illinois. While the post didn’t explicitly state that the singer was canceling all of his upcoming dates, his publicist confirmed to The Tennessean that “he will not be playing upcoming gigs for now.”

Toby Keith is one of country music’s most successful artists with a career that has spanned nearly 30 years. With hits such as “Should’ve Been A Cowboy,” “I Wanna Talk About Me,” “Beer For My Horses,” and “How Do You Like Me Now?” Keith was a radio staple, starting in the early ’90s.

In addition to success as a country singer and songwriter, Toby Keith is a savvy businessman whose investments in the restaurant industry, a clothing line and more have made him one of the wealthiest celebrities in America. In 2013, FORBES dubbed him “Country’s $500 Million Man.” Find out why HERE.

Toby Keith currently resides in Oklahoma with his wife of 38 years, Tricia Covel.