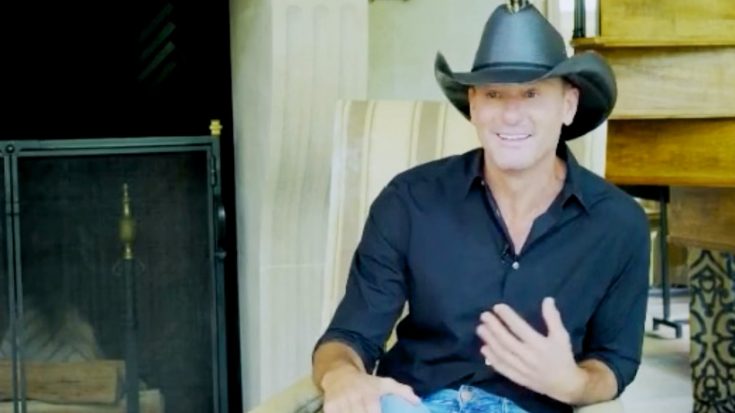 In August, we learned that country music superstar Tim McGraw was cast as one of the lead characters in the new Yellowstone prequel series 1883. He will play a character named James Dutton, who is the great-grandfather of the lead series’ John Dutton (played by Kevin Costner).

McGraw earned Costner’s seal of approval. The actor commented “Dutton looks good on you,” when McGraw shared a video announcing his involvement in 1883.

The new series will also star McGraw’s wife, Faith Hill, as James’ wife Margaret Dutton. Sam Elliott will star alongside the two country singers as a character named Shea Brennan, who will lead the Duttons on their journey from Texas to their new home in Montana.

1883 is set to debut in December, so McGraw has been busy filming over the past few months. The “7500 OBO” singer has also been busy growing out his facial hair for his new role.

Previous photos of McGraw have shown him sporting an impressive beard that he’s grown out for 1883. But his latest photo shows his beard looking fuller and thicker than before, prompting his fans to go wild.

The photo shows McGraw holding a jack-o-lantern while standing on a deck somewhere in Montana (where he’s filming 1883). He shared the photo to wish his followers a happy Halloween, captioning it, “Happy Halloween from Montana!”

McGraw didn’t draw any attention to his beard, but his fans sure noticed. In fact, his beard was so full that some of his fans mistook it for a face mask at first!

It appears the beard is not entirely made of McGraw’s own hair. He was sporting some much thinner (though still thick for him) facial hair in videos he shared throughout the month of October.

After seeing his fans freak out over his new beard, McGraw wanted to let them know he grew it out for a reason. “Just so ya know The beard is for #1883,” he wrote in case some fans didn’t know about his role in the upcoming series.

You can see how McGraw looks with a full beard by checking out the photo below. He’s nearly unrecognizable!