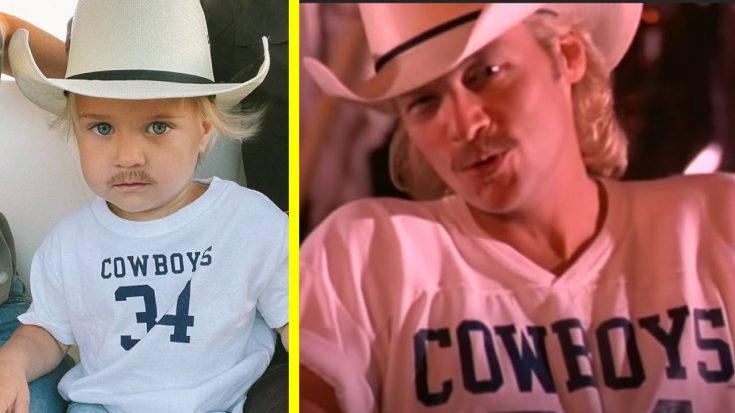 On Sunday, October 31st, countless parents took their kids trick-or-treating. For some, because of the pandemic, it was their kids’ first time ever going door to door asking for candy.

Many country stars were able to take their small children out trick-or-treating and their costumes did not disappoint!

Jana Kramer and her kids went as super heroes.

Gabby Barrett and  her daughter Baylah dressed up as a bees, her husband Cade went as a bee keeper.

Singer Randy Houser and his wife Tatianna went deep in the archives for their son Huck’s costume…all the way back to 1992! That was when Alan Jackson released the music video for his hit song “Chattahoochie.” In it, he wear a couple different outfits, one being a white Cowboys jersey.

Huck went as that version of Alan Jackson and donned a cowboy hat, fake mustache, and Cowboys shirt with the same number Alan wore in the video!  Tatianna shared photos and videos from their Halloween night and they are precious!