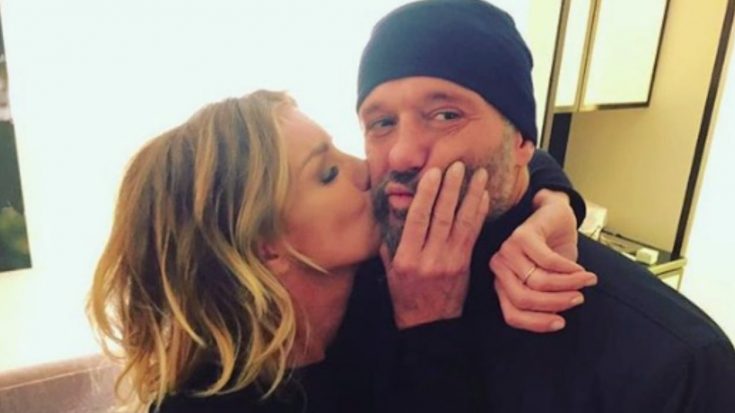 Whenever country fans are asked to name a modern-day power couple in the genre, Tim McGraw and Faith Hill are two of the first people that come to mind.

The superstar singers tied the knot on October 6, 1996. Many years, three daughters, and numerous hit duets later, McGraw and Hill are more in love than ever.

The girls and I surprised Tim with our first ever family album release party. Yeah, I know…..Honestly, it is the truth. We have never listened to one of our new albums with just the girls. Ever. An unforgettable evening for what in my humble opinion is one of the greatest albums Tim has ever recorded. We listened to the double vinyl records blaring from the speakers!!!!!! A night we will never forget. Here is a small clip of our special evening celebrating the man we all adore in the Mcgraw house of women. We are so proud of this man!!!!!! He has created a masterpiece. More to come……. #DamnSureDo

Knowing how strong McGraw and Hill’s love is, people are surely curious to know how they’ve kept the fire going for all these years. So it makes sense why McGraw was asked to offer his secret to a happy marriage when he appeared for an interview on The View in 2019.

At first, McGraw wasn’t sure what advice he’d have to offer, saying, “I don’t know if I have a big tip.”

But then, he went on to talk about how he has four women in his life (Hill and his daughters), and that they are all “very strong, opinionated women.”

Talking about the strength of his wife and daughters led McGraw to his hilarious piece of marriage advice, which was “So just shut up and listen.”

The crowd roared at that comment, making it clear they thought it was a good piece of advice!

.@TheTimMcGraw celebrated 22 years of marriage to @FaithHill and he shares one marriage tip everyone should hear. pic.twitter.com/5DWJto6uYP

Clearly McGraw knows what he’s talking about, since he and Hill seem to grow closer with each passing day. You can always feel the chemistry between them in their shared music videos, especially the one for “Speak to a Girl.”

Be sure to check out that music video below!

What do you think of McGraw’s marriage advice? We bet many of y’all had a good laugh over it!