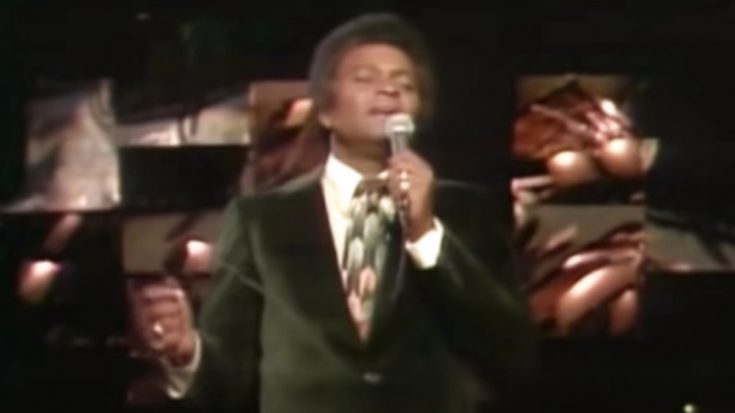 Whenever Charley Pride sings, people listen. So in 1971, the country music star used his voice to spread messages of love and faith through his first and most successful gospel album.

Titled Did You Think to Pray, the 11-track record was a number one hit on the Country Albums chart. It also went on to claim the 76th position on the all-genre Billboard 200.

Charley Pride singing a program of spirituals from 1971 – Did You Think to Pray – produced by Jack Clement #nowspinning #np #vinyl pic.twitter.com/a9xNVkFK1O

While not as commercially successful as its predecessor, Pride’s second gospel record was still beloved by his fans.

But when asked to name their favorite gospel song of Pride’s, people are likely to pick a track off of his first faith-filled record. And they are likely to name one particular track over all others.

That track, named “Take Time Out for Jesus,” shares a powerful reminder that we all need to hear. It has Pride encouraging people to make time in their busy lives to remember all Jesus did for them, and to pray.

As he sings, “So don’t forget about Jesus. Remember he didn’t forget you.”

Take time out for Jesus and you'll feel better all day. A wonderful vintage Christian song by Charley Pride: http://t.co/wGeOU0jh

Those are some powerful words, aren’t they?

A Country-Gospel Work Of Art

Pride’s vocal performance is supported by signature country instrumentals, with steel guitar having a prominent role throughout the song, including a solo. He is also accompanied by background singers, who provide gorgeous harmonies to complement Pride’s vocals.

Overall, Pride’s “Take Time Out for Jesus” is a stunning work of musical art. If you’ve never heard it before, you need to take the time to listen to it below. And if you have heard it before, then you know it’s something worth listening to over and over again.

This has to be one of the most beautiful country-gospel songs ever made, wouldn’t y’all agree?