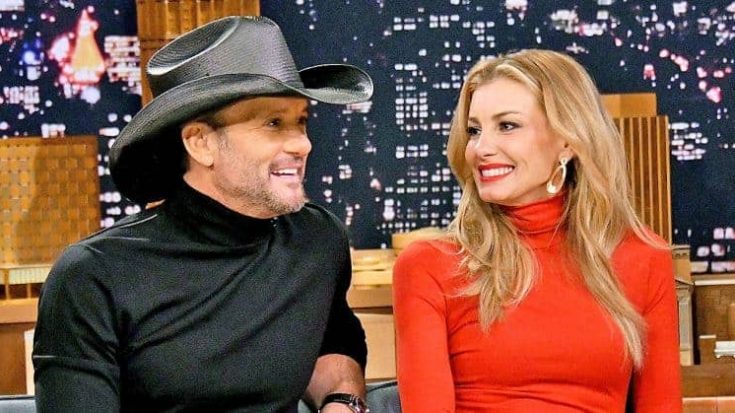 Tim McGraw and Faith Hill are known as one of country music’s leading power couples. The two have countless hit duets together, including “It’s Your Love” and “I Need You.”

The couple has also toured together many times, most recently on their Soul2Soul World Tour, which wrapped up in July 2018.

Even when they aren’t touring or recording together, McGraw and Hill still place their love on full display through posts to each other on social media. That’s exactly what they did when their 23rd wedding anniversary rolled around on Sunday (October 6).

McGraw was the first one to put up a post on Instagram in recognition of their anniversary. He shared an old photo of him and Hill at a red carpet event and wrote a simple, but loving caption.

He later followed up with another, more recent picture. This one shows him and Hill standing with their arms wrapped around each other as they wait to go on stage.

“Another pic for our anniversary……just for fun…” he captioned the photo.

Another pic for our anniversary……just for fun 🙂

Hill took to Instagram with a love note and a throwback photo of her own. Like her husband, she kept her anniversary message short, but sweet.

“To my one and only, Happy Anniversary, my love I love you,” she wrote, including a bunch of heart emojis after her message.

Both of their love notes make our hearts melt!

You can watch McGraw and Hill express their affection for one another by watching the music video for “Speak to a Girl” below. Their chemistry is undeniable, and their love runs deep.

We wish McGraw and Hill a happy belated 23rd anniversary. May they enjoy many more years of happiness together.