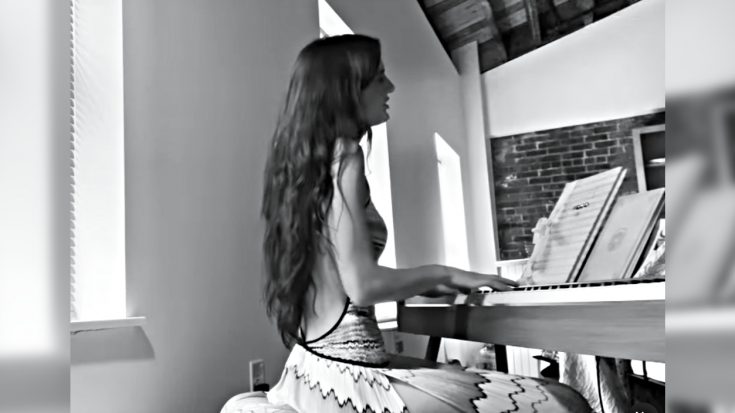 When you’re born into music royalty, it makes sense that you’d have the pipes needed to amaze a crowd, and Audrey McGraw is no exception. The daughter of Faith Hill and Tim McGraw, Audrey recently showed off her vocal prowess in an Instagram post in which she covered the Pat Benetar song, “Fire and Ice.”

The black and white video shows the songstress sitting down at the piano, patiently belting out each carefully calculated note of the song.

McGraw captioned the post, “Put on a pretty dress and attempted to sing a Pat Benatar song on piano… ATTEMPTED! Excuse my yelling but l gotta have some rock on here ??♥️”

Fans commented that while Audrey has her own vocal sound, her voice is reminiscent of her famous mom. Currently, the 20-year-old hasn’t publicly discussed any plans to go into the music business, but she recently starred in dad Tim’s music video for “7500 OBO.”