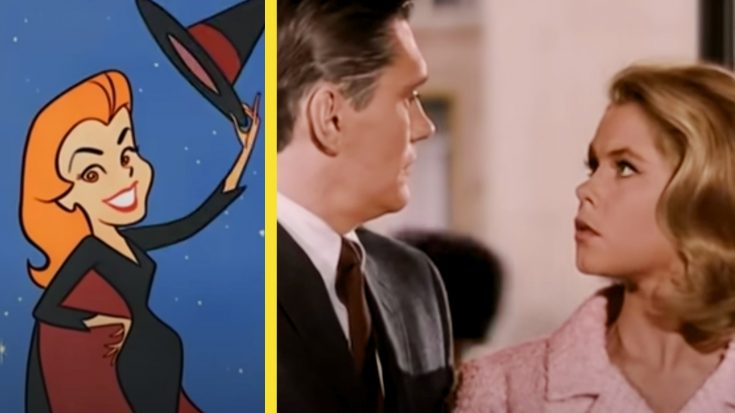 Bewitched was one of America’s favorite sitcoms that was around in the mid-60s. The show started in 1964 and lasted for eight seasons.

The show centers around a New York couple that fall in love with each other and get married in the first episode of Season One. The wife, Samantha (Elizabeth Montgomery) is actually a witch whose new husband Darrin Stephens (Dick York and later played by Dick Sargent) has no idea of her secret. When he finds out that his new bride is a part of a secret society of powerful witches and warlocks and that a twitch of her nose brings magic results, he makes her promise never to use her powers. She agrees and tries to settle into being the perfect suburban housewife. Her mother, Endora, however, has a different agenda. She hates that Samantha has married a mortal and continually tries to break them up. Sam’s other spellbinding friends and family pop in and out of the Stephens household as Sam tries (and most of the time fails) to live without magic.

A picture of most of the Bewitched crew! Quite an amazing cast, don't you think? <3

Posted by Bewitched the TV series on Wednesday, March 2, 2016

As of right now, the pilot episode is available on YouTube. The rest of the Seasons can be purchased on Prime Video.

Click on the video below to watch the pilot episode.