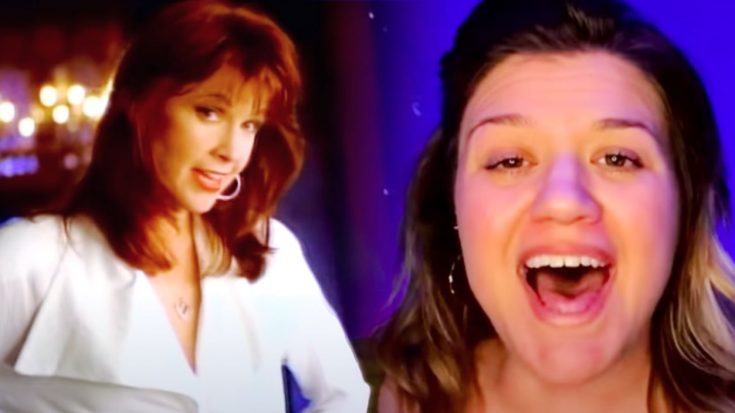 In 2018, Kelly Clarkson appeared at Blake Shelton‘s Ole Red bar and restaurant in Nashville and treated the crowd to a performance. She opted to sing Patty Loveless‘ “Blame It on Your Heart,” and the crowd thoroughly enjoyed it.

“Blame It On Your Heart” was released in 1993 as the lead single off of Loveless’ album Only What I Feel.

In the song, Loveless sings of a lover who did her wrong. She breaks things off with him, saying he can blame the end of their relationship on his “lying, cheating, cold dead beating, two-timing and double dealing, mean mistreating, loving heart.”

The song clearly struck a chord with listeners, who sent it to the #1 spot on the U.S. Hot Country Songs chart. Today, it is known as one of the most iconic country songs to come out of the 1990s.

There has been a renewed interest in 90s country music within recent times. So when it came time for Clarkson to pick a new song for the “Kellyoke” segment of her talk show, she revisited “Blame It on Your Heart” after singing it at Ole Red two years prior.

Clarkson revamped “Blame It on Your Heart” for her “Kellyoke” performance, enlisting the help of her band to deliver a fun new arrangement. Though due to the circumstances at the time, the band members played together while Clarkson delivered her performance separately.

Everything all came together in the end, resulting in a spunky, fiery performance that showcases the power of Clarkson’s voice.

Tune in below to see Clarkson’s “Kellyoke” performance of Loveless’ “Blame It on Your Heart.” We love hearing her sing classic and traditional country tunes like this…especially 90s songs!