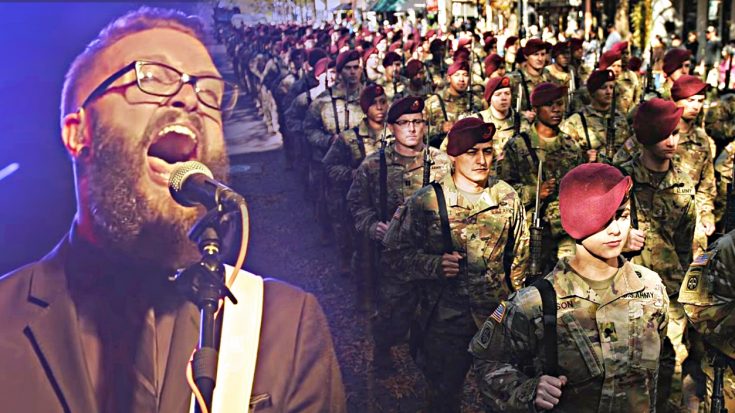 A Country Classic With A Modern Twist

When Chris Stapleton re-envisioned the classic George Jones tune, “Tennessee Whiskey,” he had no idea it would become such an inspirational hit.

Originally recorded by country music legend, David Allen Coe in 1981 – the song gained widespread popularity in 1983 when the Possum recorded the tune.

The Video That Started It All

Since Stapleton’s version came out, many artists have begun covering his version of the song. Mostly sung by country artists, the song has become one a go-to for YouTube covers and karaoke nights alike.

And with good reason. The lyrics aren’t just catchy, they are beautifully laced together. The singer tells his lover, “You’re as smooth as Tennessee whiskey/ You’re as sweet as strawberry wine/ You’re as warm as a glass of brandy/ And honey, I stay stoned on your love all the time.”

But one band took the slow-burning ballad and added a rock and roll vibe to it that truly sets them apart. With a name like The Pork Tornadoes, we didn’t know what to expect of their cover – but with electric guitars playing in the background, “Tennessee Whiskey” took on a whole different feeling.

On top of it, the guys seem to like whiskey enough not just to sing about it – but to create their very own! Instead of Tennesse whiskey though, the boys stuck to their roots and made one locally in their hometown. They posted to social media that they released their own Iowa bourbon with Cedar Ridge.

Pork Tornadoes told their fans, “Do you know how cool it is to have your own whiskey? Let us tell you, it’s amazing! Available in select stores on November 3rd. Des Moines, Waterloo, Cedar Falls, Cedar Rapids, get ready to jump on this. Won’t last long at all!”

They even came out with a short advertisement for the bourbon – full of whiskey tasting, music, and of course – beards.

Do you know how cool it is to have your own whiskey? Let us tell you, it's amazing! Available in select stores on November 3rd. Des Moines, Waterloo, Cedar Falls, Cedar Rapids, get ready to jump on this. Won't last long at all!

Posted by The Pork Tornadoes on Tuesday, October 30, 2018

When our brave military men and women heard the cover, there was an outpour of praise. Combining two of America’s favorite musical styles – country and rock.

“We were contacted last week from somebody that knows somebody in the 82nd Airborne Division that is currently deployed in Afghanistan – and they said ‘the boys listen to your YouTube song every single day.”

This is OUR 82nd Airborne Division – able to respond in our Nation's defense at a moment's notice. If you see your guidon, let us know in the comments below.

The Pork Tornadoes sent their fans a few shirts in Christmas care packages. In return, they sent back a picture back and we can’t help but smile at the hats!

We mailed a Christmas care package with some t-shirts to our new friends in the 82nd Airborne division, they sent us…

Posted by The Pork Tornadoes on Tuesday, December 26, 2017

Touched by the impact they were able to make on those fighting for our freedom, the band dedicated the song to them. They ask the crowd to give a loud shout out before giving a thunderous live performance of it.

You can watch their tribute below and let us know what you think in the comments.