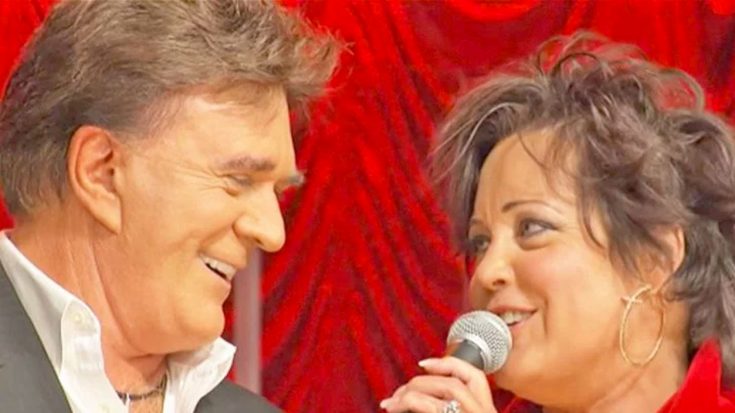 “Islands In The Stream” has been regarded as one of country music’s best duets since its release in 1983 by Kenny Rogers and Dolly Parton. Written by the Bee Gees, the song, which is named after the Ernest Hemingway novel, was actually written for recording artist Marvin Gaye.

Instead, Rogers released it on his album Eyes That See In The Dark and it quickly reached No. 1 on Billboard‘s Hot 100, Country, and Adult Contemporary charts.

The song is certified Platinum and has been covered by several other artists including Barry Manilow, Lady Antebellum, and Blake Shelton.

Another duo that has recently taken on the iconic hit is married couple T.G. Sheppard and Kelly Lang. While performing on the “Sweethearts” special of the TV show Country’s Family Reunion, Sheppard and Lang looked more in love than ever in this sweet duet.

Their performance was never short of loving looks to one another, hand holding, and embraces. Enjoy it below.