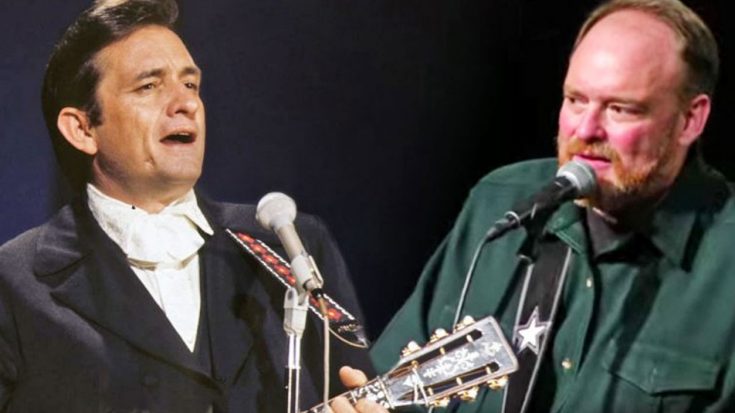 A son to one of the most iconic vocalists to ever live, John Carter Cash proves talent does indeed run in the family. While over 15 years have come and gone since the world was rocked by the devastating news that the great Johnny Cash had tragically lost his life, the talented young singer brings the magic of Johnny back to life with a jaw-dropping rendition of his father’s mega-hit “Ring of Fire.”

The 47-year-old singer and descendent of two country music icons exudes that same Cash and Carter talent and charm that the world saw in his parents.

Happy birthday to my father John R Cash, born on this day in 1932. I hope his legacy will endure with the integrity and…

Channeling his father’s spirit, John delivered an impressive rendition of his father’s career-defining song. The singer was joined on stage by a full band for the performance that came about as part of John McEuen’s 70th Birthday Party back in December 2015.

“Ring of Fire” was written by June Carter but historically recorded by Johnny in 1963, making John’s performance even more special. June wrote the song while she was falling in love with Johnny, feeling as if she was falling into love’s inextinguishable “burning ring of fire.”

You can listen to John’s rendition of “Ring of Fire” below.