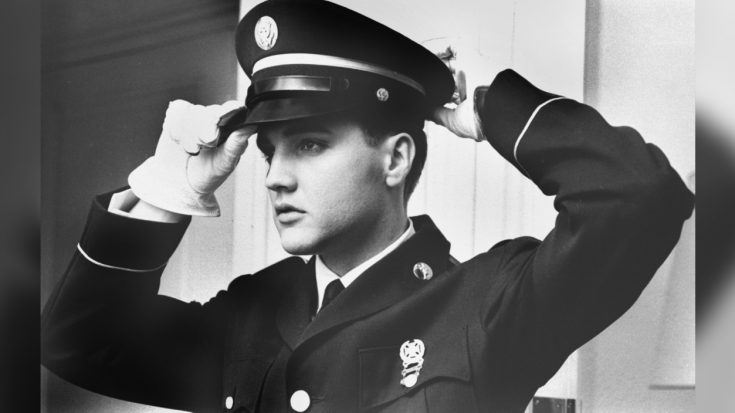 When Elvis Presley was drafted into the United States Army, he was already a certified superstar. He did not want to be treated differently than anyone else in the Army and from the sound of it, he wasn’t. Like many military members, he grew quite close to the men he served with and once they got out, their bond was strong.

Frank Lax, from Jackson, Tennessee, and Presley served in the Army together, and stayed close friends up until The King’s death in 1977. Frank’s son, Frankie Lax, spoke with The Jackson Sun recently about his father’s close bond with Elvis. The two met while boarding the bus for boot camp in Arkansas in 1958.

“They hit it off and became buddies because I think Elvis appreciated that Daddy thought of him as a buddy in service and not this big-time singer that he was,” Frankie said. “Daddy was a fan of Elvis and liked his music, but he didn’t try to take advantage of him and try to borrow money at every turn like some of the other guys did.”

Although he went back to being a famous actor and singer after he was honorably discharged from the Army, Elvis remained close with Frank, and his family, for many years. In fact, Frankie recalls seeing Elvis pull up to his family home in a limo, but not really understanding how big a deal The King was.

In March of 1958, Elvis did what many Americans have done – he reported to the Memphis Draft Board to enlist in the U.S….

“I didn’t know my daddy’s buddy was as big a deal as he was. He was just Elvis Presley to us,” Frankie told The Jackson Sun.

Every now and then, Frank would take his son to Memphis for a few errands and while they were they, they’d visit with Elvis.

It wasn’t until Elvis’ death that Frankie finally found out about Elvis’ celebrity. Frankie explained, “Everybody remembers where they were when they heard Elvis died. They announced it on the radio…and I went home, and Mama told me Daddy said to get cleaned up because we were going to Memphis.”

They arrived at Graceland just a few hours after Elvis died and there was already a huge crowd gathered outside of the gates. Elvis’ uncle served as the security guard and let the Laxes through because he knew who they were.

“There were so many people in the house, and Daddy told me to sit down in that first room on that long couch you see when you take the tour,” he recalled. “And I sat there, got up and wandered around some, talked with his daughter Lisa Marie. I didn’t know then what I was a part of. I was just a 13-year-old kid sitting in the home of a man who’d died that afternoon.”

After Elvis passed away, there were many rumors about what he liked to consume in the privacy of his own home, and Frank vowed to defend his friend until the end.

“There were some stories that went around about Elvis after his death, and Daddy wanted to set the record straight on a lot of things,” Frankie Lax said. “Elvis never drank. The pills he took were prescription, and Elvis was a good guy.”

Apparently the two men bonded in the Army over both promising their mothers at a young age that they would never drink alcohol, and for the most part, Elvis kept that promise – he rarely drank alcohol.

Frank was in a famous photo with Elvis the day they enlisted in the military and he often went to events to sign them for fans and tell stories about his relationship with The King.

Watch Elvis being interviewed about his military service below.