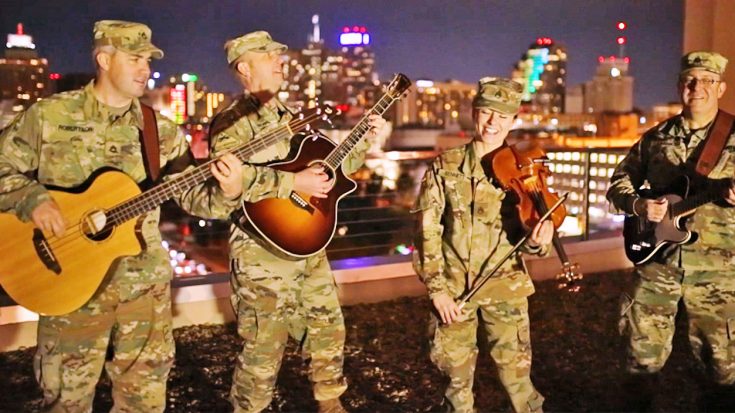 Does it get any better than real American heroes singing country music?

While on the road in Texas, the insanely talented U.S. Army Field Band, the Six-String Soldiers, delivered an toe-tapping rendition of  Willie Nelson‘s 1985 country classic, “Texas on a Saturday Night.”

The Six-String Soldiers are a four-member band performing in a variety of different genres who make time in between their busy schedules to perform in casual settings, and venues ranging from intimate stages to music festivals across the United States. The band focuses on audience interaction aiming to shares their stories and experiences as soldiers in the U.S. Army through music.

“Texas on a Saturday Night” is featured on Nelson’s 1985 album Half Nelson, the album earning the country music legend a Top 10 charting album. The song was written by Mundo Earwood and features the guest vocals of late country singer Mel Tillis.

You can check out their rendition of “Texas on a Saturday Night.”

Texas on a Saturday Night

Six-String Soldiers were in beautiful San Antonio, Texas supporting the U.S. Army All-American Bowl."We love our friends in Texas, and think there’s nothing quite like it on a Saturday night (or any other time)!" Featuring the newest member of the Six-String Soldiers, SSG Renee Bennett!