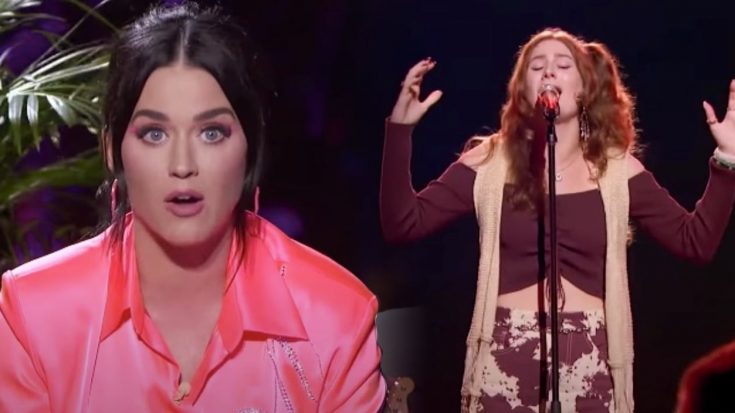 After several seasons of judging American Idol, Luke Bryan, Katy Perry, and Lionel Richie know a talented singer when they hear one. All three of them had a good feeling about a 20-year-old singer named Sage, who is a nanny from Burbank, California.

Sage performed an original song during her audition, and the judges loved it. Perry compared Sage to Joss Stone and Diana Krall…a pretty high compliment!

The judges all voted to give Sage a golden ticket to Hollywood. While competing in Hollywood, Sage delivered a standout cover of country singer Tenielle Arts’ song “I Hate This.”

Once more, the judges were amazed by Sage’s talent. They all decided she deserved to move into the Top 24.

As a member of the Top 24, Sage got to travel to Aulani, A Disney Resort & Spa in Hawaii to perform. She turned toward country music yet again, this time opting to sing Dolly Parton‘s classic hit, “Jolene.”

Sage delivered a unique rendition of “Jolene” that was truly her own. Perry put it best when she called the performance “very hypnotic.”

Perry later went on to offer Sage one of the highest compliments she could give her. “To me you’re like, definitely in the top five,” she said.

Sage got a little emotional while listening to Perry praise her. Bryan doubled down, saying:

“I can’t pose any arguments with [what Perry said]. I think you have a special, artistic talent just in your vocal ability.”

The judges were clearly mesmerized by Sage’s rendition of “Jolene,” which you can watch below.

It’s no longer up to the judges whether Sage moves forward in the competition or not. Viewer voting starts now…so Sage’s future on Idol is all in their hands!