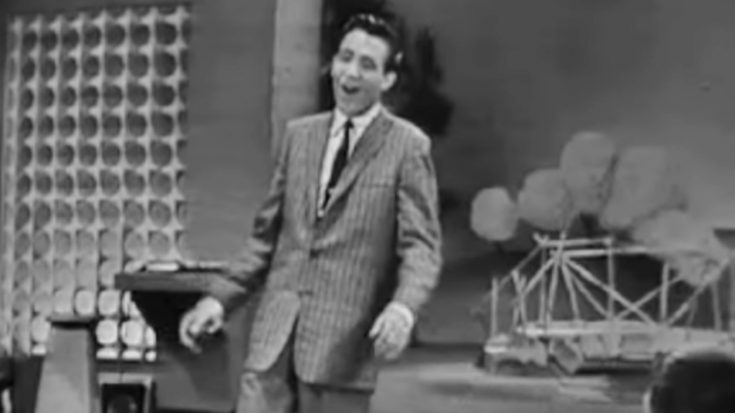 The singer who took the song “Honeycomb” to the top of the charts in 1957 has passed away.

Jimmie Rodgers’ career began in Nashville when he played for $10 a night while he was stationed there with the U.S. Air Force. He was signed to Roulette Records after he competed in a talent show singing the song “Honeycomb,” which was written by Bob Merrill in 1954.

He also released the songs “Secretly,” “Oh-Oh, I’m Falling in Love Again,” and “Are You Really Mine?” which all charted in the Top Ten. He continued releasing music over the next several years as well as jumping into the acting world, including the movie Back Door to Hell with a young Jack Nicholson.

In 1967, the singer-actor was found on the side of a Los Angeles road in his car with a fractured skull and other injuries. He said that an off-duty police officer had pulled him over and attacked him.

“I rolled the window down to ask what was the matter,” he told The Toronto Star in 1987. “That’s the last thing I remember.”

The LAPD rebutted, saying Rodgers fell and injured himself while drunk. The injuries he sustained left him with spasms in his voice box and occasional seizures. Rodgers sued the LAPD and eventually settled out of court.

After much rehab, Rodgers began to sing and perform again at his own theater in Branson, Missouri. He relocated to California in 2002, where he passed away on January 18 in Palm Desert. The Associated Press reports that he passed away from kidney disease, though he had also tested positive for COVID-19.

He is survived by his wife Mary Louise Biggerstaff and his five children.