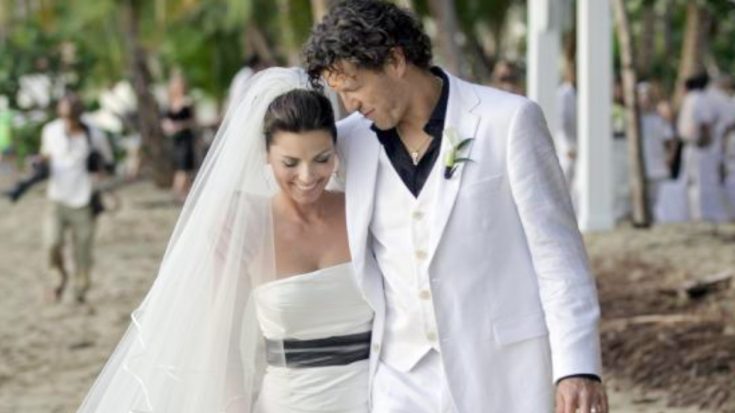 Country singer Shania Twain has had an interesting route to true love.

For me, being a mother is the best job in the world ❤ Happy Mother's Day.

In 2008, she found out he was allegedly having an affair with her good friend and the couple’s personal assistant, Marie-Anne Thiébaud. It was actually Frédéric, Marie-Anne’s then-husband, who informed the singer of the affair.

“I didn’t want to love again-it was the last thing on my mind,” Shania told PEOPLE in 2011. “It’s just amazing how life works.”

Shania is usually pretty private about her marriage to Frédéric, even scarcely posting photos of the two together. Though recently on December 4, she shared a photo of her, Frédéric, and their two dogs from an in-home interview they did with L’illustré, a Swiss magazine.

Shania is doing lots of press for her current Las Vegas residency and covers the February/March 2020 cover of AARP Magazine, where she spoke about her unconventional love story with Frédéric.

“I’m so grateful I found the faith and courage to love again — because the last thing you want to do when you’re crushed is love again,” Shania said. “When you have a great loss, you lose faith; you get very discouraged. I’m sure a lot of people say, ‘I’m never going to love again. I never want to fall in love again.’ Songs have been written about that. I’m really glad that that got turned around for me, and that’s what this relationship is.”

We love to see Shania so happy!