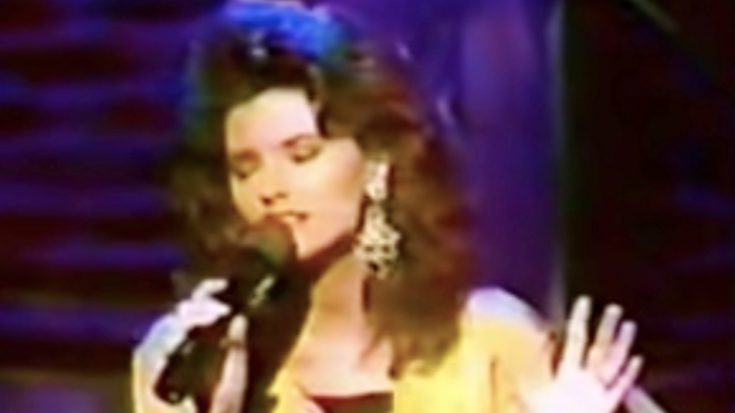 Ten years before teaming up with the legend himself for an incredible rendition of this beloved song, Shania Twain proved she was already worthy of that collaboration.

For Willie Nelson’s 70th birthday party, Twain joined the Red-Headed Stranger for a duet to his 1975 classic “Blue Eyes Cryin’ In The Rain.”

While this duet may have surprised some people when it was announced, all their concerns were washed away once Twain started singing. Sure, she is known for her pop-country sound and crossover hits, but dang, can she do this country classic justice.

Twain released her debut self-titled album on April 20, 1993 – but even years before that, she impressed country singer Mary Bailey with her take on classic country songs, according to Shania Twain: The Biography, written by Robin Eggar.

“I saw this little girl up on stage with a guitar and it absolutely blew me away. She performed Willie Nelson’s ‘Blue Eyes Crying in the Rain’ and Hank Williams’ ‘I’m So Lonesome I Could Cry.’ Her voice reminded me of Tanya Tucker, it had strength and character, a lot of feeling. She’s a star, she deserves an opportunity,” Bailey said according to the biography.

Bailey and Twain began working together in the mid-1980s, and while she didn’t make it big with her pop country sound until the 1990s, her love for the classics always stayed with her.

In this rare 1993 performance caught on camera, Twain performed “Blue Eyes Cryin’ In The Rain” once again, wowing the audience with her authentic delivery of the 1947 Roy Acuff original.

Watch her rare 1993 delivery of this Willie Nelson classic in the video below.