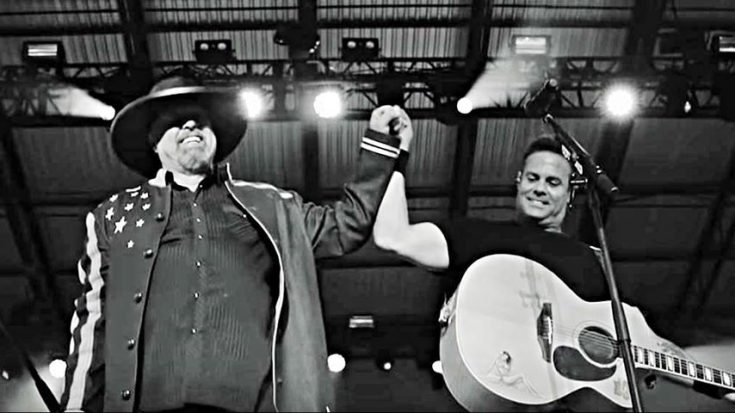 It was not easy to make the video. Troy’s bandmate and long-time friend, Eddie Montgomery shared his feelings during a Billboard interview saying, “Your heart just melts. Even though you’re going on, you miss him so much. I miss that big-assed smile that he had, and all the practical jokes that he was always pulling. When I see the video, it gets in your stomach and in your heart.”

The two artists had worked together for years and throughout their time together, they became very close on a personal level. Troy was not only a great musician but was also an amazing friend to have.

Had a great time previewing the album with some friends today. Happy #cincodemayo #folkslikeus @cmt

So when the day of September 8, 2017 came – it was heartbreaking for all who knew him. In his memory, his wife took his passions and beliefs of “Love God, Love others” to create The Troy Gentry Foundation to provide help and support to a variety of causes.

Angie Gentry had mixed emotions for the “Drink Along Song” video. She told Billboard, “I was watching it yesterday, and literally felt I could touch him through the screen. You just wish you could reach through there and just touch him. It’s bittersweet in so many ways. I love watching it because it’s a memory that is always going to be there, and I get to have that. But it also reminds me that’s the only way I can see him now.”

His loving wife, friends, and family will never get over the loss of such a great person who left this earth way too soon. To honor him, Eddie Montgomery worked with his team to create a touching montage of videos featuring his friend for the newly released “Drink Along Song” video.

The video opens with a tribute image to Troy and continues to show footage from shows, jam-sessions, hangouts, and fan meet-and-greets.

The video came out around the same time The Troy Gentry Foundation set out their lineup for a benefit show at The Grand Ole Opry. Not only Eddie Montgomery performed, but also artists like Blake Shelton, Rascal Flatts, Craig Morgan, Dustin Lynch and many more.

Don’t miss out on the show Jan 9th, the show will have a few surprise artist. Get your tickets:https://thetroygentryfoundation.org

Posted by The Troy Gentry Foundation on Tuesday, October 16, 2018

It can be emotional to watch all the good memories on the screen of the great man we lost too soon – so get the tissues ready. You can relive all the moments with the band in the video below.