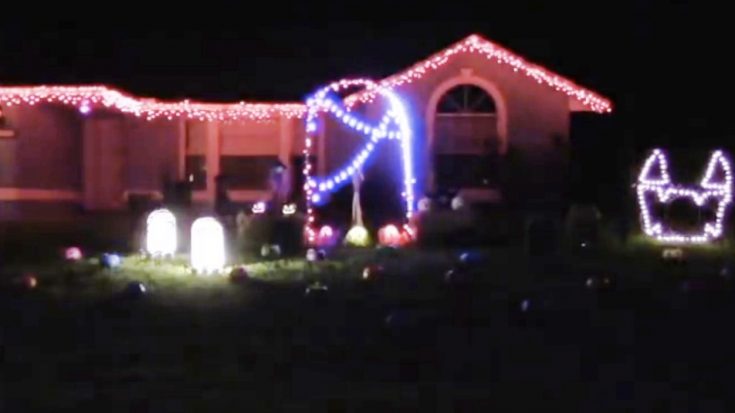 We’ve seen lots of halloween lights, but none as good as this one!

Synchronized to “The Thunder Rolls,” this man put all the other houses on his block to shame with this incredible Halloween light show.

Garth Brooks and Pat Alger wrote “The Thunder Rolls” and he released it as the fourth and final single off his album No Fences. Tanya Tucker actually first recorded the song for her 1988 album, but didn’t release it until 1995.

Brooks wanted to explore the concept of thunder rolling figuratively within a marriage, as well as literally outside – and this song was the perfect soundtrack for one suburban man’s home during the Halloween season.

Known for his incredible light shows for Halloween and Christmas, the man used 48 LOR channels and 150 colored pixel lights on a cosmic colored ribbon, according to the description in his YouTube video.

If you’re not in the Halloween spirit yet, you will be after watching this light show! Check it out below.