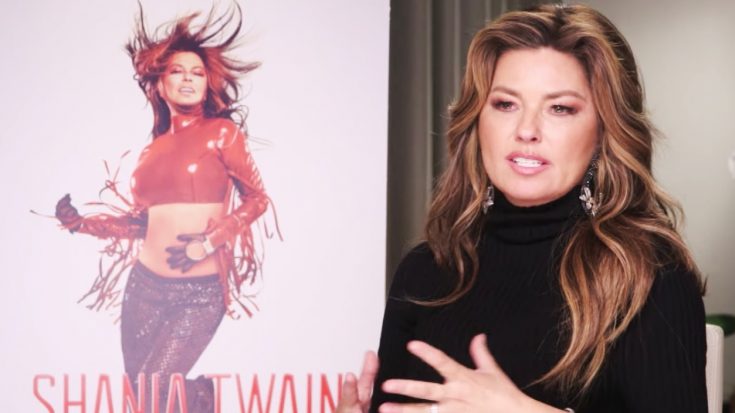 Just two years after her massively successful album Up!,  Shania Twain announced that she would be going on a hiatus. She was fresh off her third consecutive album achieving Diamond status, so fans weren’t sure why she would be taking a break at the height of her career.

Years later, she revealed it was because she was diagnosed with Lyme disease and was battling dysphonia, which is a rare complication from the disease. It caused vocal cord muscle paralysis and forced Twain, quite possibly the most famous singer in any genre at the time, to undergo not one, but two open throat surgeries.

She successfully made a comeback from her hiatus in 2011 with the release of her single “Today Is Your Day,” and the creation of it was documented on the mini-series Why Not?

One year later, she began her Vegas residency Shania: Still The One, which ran until 2014. Now, five years later, she’s returning to Las Vegas in December for a residency titled Let’s Go!

Extra TV sat down with the singer to talk about her residency, but also to find out how her voice is doing, and she opened up about her recovery from dysphonia more than ever before.

At one point, she thought she’d never be able to sing again.

“When you’re a singer and it’s your voice, it is just a terrible, terrible feeling,” she said getting choked up. “It was a great, great loss, so I had to come to terms with losing the voice that I had and rediscovering my new one. It’s been a long, a really rewarding, journey.”

Twain also revealed that some of the damage to her voice is permanent and it will probably get worse over time, but she is already planning for that.

“What I’ve learned in the interim through therapy is how to manipulate my voice to get it to do what I want it to do or at least close enough that I don’t want to give up,” she said. ” So I’m willing, you know, you just gotta be willing and give in to change and you have to accept that you don’t always have to be the same and that’s what I’ve had to do, and I’m embracing that.”

Shania is so strong to have gone through this, and to now open up about it. It couldn’t have been easy.