Shania Twain Delivers New, Acoustic Performance Of 1998 Single “That Don’t Impress Me Much” 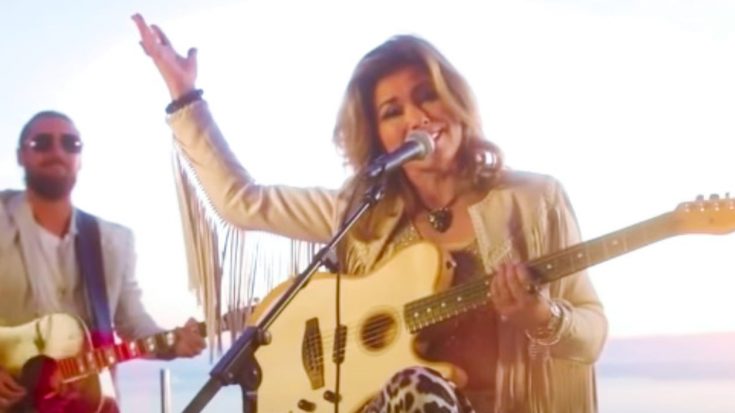 In 1998, Shania Twain released the song “That Don’t Impress Me Much” as the seventh single off of her album Come On Over. It reached the eighth spot on the Hot Country Songs chart and crossed over to claim the seventh position on the all-genre Billboard Hot 100 chart.

Today, “That Don’t Impress Me Much” is known as one of Twain’s signature songs. Its music video is equally famous, and features Twain in her now-iconic leopard print outfit.

It may be hard to believe, but “That Don’t Impress Me Much” turns 22 this December. You know what’s even harder to believe? Twain’s second album, The Woman in Me, turns 25 years old this year.

To celebrate The Woman in Me’s 25th birthday, Twain is releasing a “Diamond Edition” of the album on October 2. She spoke about the celebratory album on Good Morning America, saying:

“I had high hopes, but this, I mean, where I am today, 25 years later, at the time was unimaginable, So this is a real celebration year for me, celebrating coming out as a very independent, open-minded, very, just bold in what I had to say.”

Twain delivered a number of remote performances for GMA, opting to showcase “Any Man of Mine” off of The Woman in Me and “Life’s About to Get Good” from her 2017 album, Now. She also sang an acoustic rendition of “That Don’t Impress Me Much.”

After hearing the song’s recorded version so many times over the course of the past two decades, it was definitely impressive to hear it performed in a different style.

Tune in to the clip below to see Twain deliver her acoustic version of “That Don’t Impress Me Much.”

Even if you’ve heard the song a thousand times before, this performance will make it seem like a whole new song.