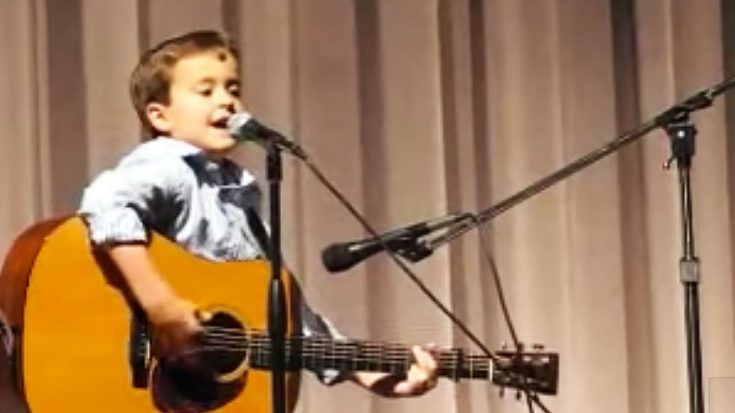 One second grader has been skipping recess to buckle down and become the musical genius we’ve been waiting for – and he’s headed straight for stardom!

Known as “Little Johnny,” named after his roaring acoustic cover of a Johnny Cash original, this incredibly talented boy has learned some major guitar skills that are far beyond his years!

Performing the Flatt & Scruggs hit “I Wonder Where You Are Tonight,” Little Johnny gets straight down to business and shows off his stunning guitar picking for all to see!

Although his guitar is massive in size compared to his stature, Little Johnny doesn’t have any problem putting it to use.

After a mere minute into his performance, Little Johnny sweeps the crowd off their feet with a wildly-impressive guitar solo that earns him a standing ovation!

This boy not only stole the show but our doting hearts as well!

Check him out in the video below!