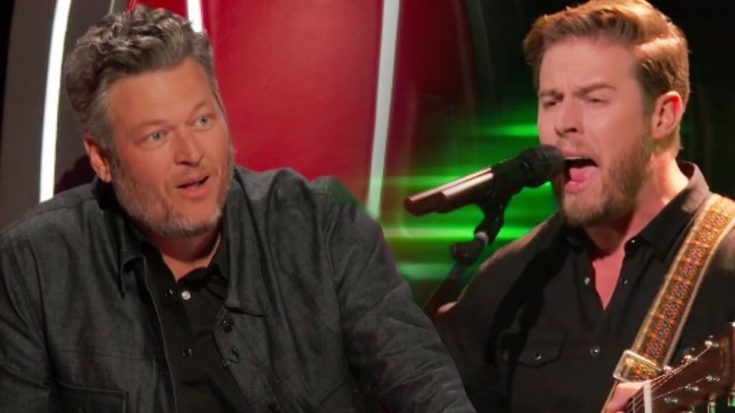 Blake Shelton and Kelly Clarkson had to go head-to-head multiple times during the Season 18 blind auditions. At one point, they found themselves battling over a singer who performed his take on an early 2000s country hit.

The hit song we’re talking about is “Wave on Wave,” which was released by Pat Green in 2003. “Wave on Wave” went on to claim the #3 spot on the Billboard Hot Country Songs chart and landed at the 39th position on the all-genre Hot 100 chart.

To this date, “Wave on Wave” remains Green’s signature song.

“Wave on Wave” is a song that both Clarkson and Shelton are familiar with. Both artists were just kicking off their own careers at the time, so they were extremely tuned in to what was going on in the music industry.

With this in mind, it’s no wonder why they both turned for Cam Spinks’ performance of the song during the Season 18 blind auditions.

“The kind of country music I love and I grew up on is the vibe you just gave me,” Clarkson told Spinks after he finished singing.

Shelton then tried to appeal to Spinks by citing his experience in the country music industry and on The Voice, saying, “There’s different lanes in country music, and I think you need a coach who can identify what those lanes are.”

The six-time-winning coach went on to add, “I’d be proud to be your coach through this thing.”

Who could say no to a line like that?

Spinks ended up picking Shelton as his coach, and became a powerful addition to Team Blake. You can watch his performance and the coaches’ comments on it by checking out the video below.

Even though Spinks went to Team Blake, Clarkson was right…he gives us that old-school country feeling and we love it!