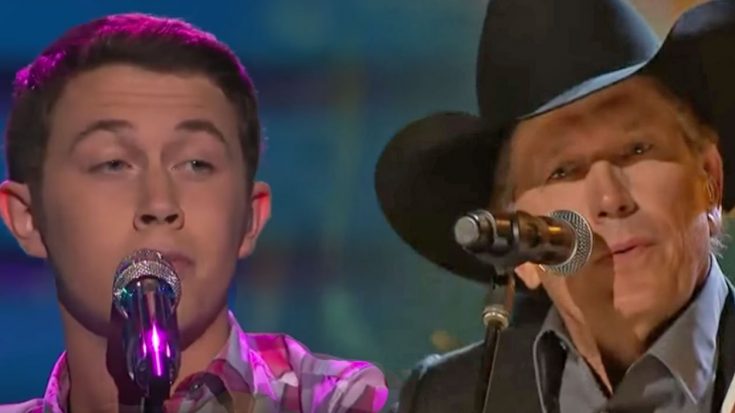 Scotty McCreery wowed the nation with his cover of country legend George Strait‘s hit single “Check Yes or No.” The country heartthrob belted out Strait’s classic back in 2011 for his final performance of the tenth season of American Idol which inevitably won him the title.

@ScottyMcCreery bet this was probably your favorite pic of all time when U met @GeorgeStrait love 2 C U 2 on stage pic.twitter.com/NRxBvHsHiN

Scotty took the stage with his guitar and a pocketful of country boy charm making girls across the nation swoon before sending in their votes for him.

7 years ago: And the winner of American idol Season 10 is….. Scotty McCreery! So proud of him and how far he has come! (Also 7 years?!? and he was only 17 here 😭) pic.twitter.com/AwtwOxzhZi

McCreery’s cover of the classic is strikingly similar to that of Strait, impressively showing the emotion needed to properly deliver the fan-favorite song.

The song was originally released as a single off of George Strait’s Strait Out of the Box album back in 1995 which hit number one on both U.S. Billboard country chart and Canadian country chart. Scotty manages to exude the same warmth and charm as George did in the original.

See for yourself in the video below and let us know what you think!