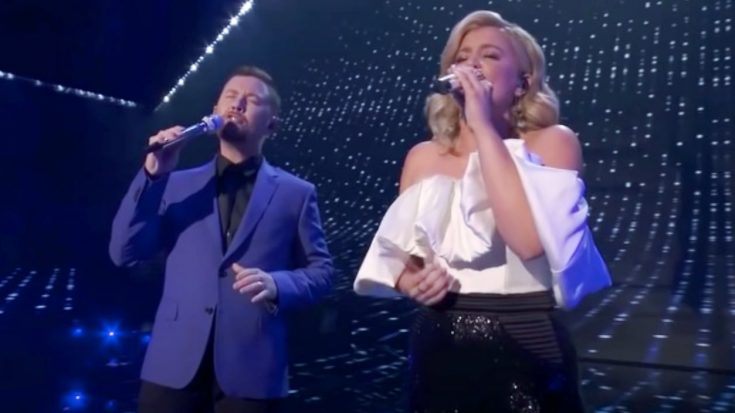 American Idol hosted a special episode on Monday night (May 2) to celebrate its 20-year anniversary. Past contestants turned out to perform on the show…some for the first time in years!

Country fan-favorites Scotty McCreery and Lauren Alaina reunited for a duet during the episode. McCreery won Season 10 of Idol in 2011. Alaina was the runner-up of the season.

McCreery and Alaina’s reunion on Monday night’s episode was the first time they sang a televised duet in 11 years.

“11 years went by in the WINK of an eye. Don’t miss my performance with @scottymccreery on @americanidol,” Alaina captioned a short video of her and McCreery walking backstage at the Idol reunion.

The duo chose a timeless country song to perform during their reunion. They sang “When You Say Nothing at All” by Keith Whitley. Alison Krauss later recorded a famous cover of the song.

McCreery and Alaina aren’t strangers to singing “When You Say Nothing at All.” They previously performed the song together on the American Idol Tour in 2011.

It was a full circle moment to see McCreery and Alaina revisit the song during the Idol reunion episode all of these years later.

McCreery and Alaina’s new duet brought back lots of memories for those who watched them on Idol back in the day. You’re sure to feel equally nostalgic when you watch them sing together in the video below.

It made our hearts happy to see McCreery and Alaina on the same stage once more!