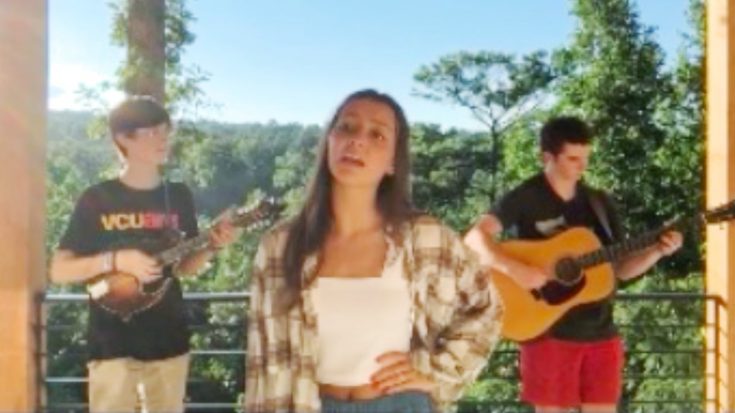 Although none of the songs charted when they were released, they have gone on to be highly regarded pieces of country music history. Many years after Every Time You Say Goodbye was released, a young singer brought back its title track in a stunning Instagram performance.

That young singer is named Olivia, and she was only 17 years old when she delivered the performance we’re about to share with you.

Over the past few years, Olivia has been making a name for herself in the country music industry. It makes sense that she would follow such a path, since her mother is none other than country singer Sara Evans.

In 2019, Sara united with her son, Avery, and Olivia to release an EP titled The Barker Family Band. They performed songs such as Fleetwood Mac‘s “Dreams,” Aretha Franklin‘s “A Natural Woman,” and Judy Garland’s “Somewhere Over the Rainbow.”

Olivia further showcased her talent when she took to Instagram in August 2020 to share a cover of Alison Krauss & Union Station’s “Every Time You Say Goodbye.” Her video is just a little over a minute long, but it’s plenty long enough for you to get a grasp of how talented she is as a vocalist.

She earned a wealth of praise for her performance, drawing comments from her followers such as:

“Love this song so much and y’all nail it!!! Would love to hear the whole thing!!!”

“Talent definitely runs in the family !! This was awesome.“

Sara also complimented Olivia’s performance, writing on her Instagram Story, “I love this so much.”

You’re also likely to fall in love with Olivia’s cover of  “Every Time You Say Goodbye” when you watch it in the video below. She was blessed with a great talent, that’s for sure.

We can’t wait to see what Olivia accomplishes in the future!

when in bham am i right ?