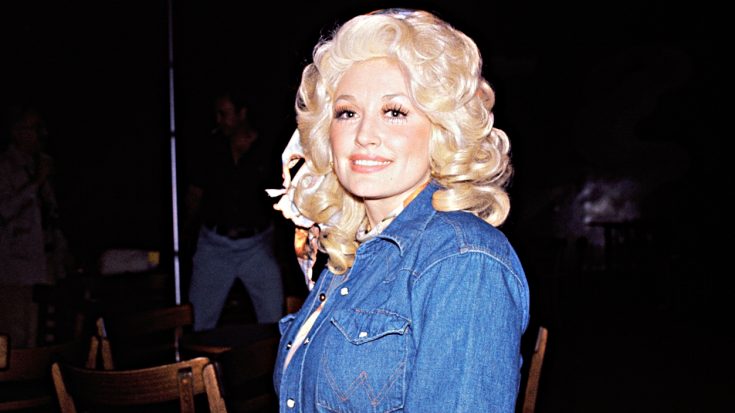 Dolly Parton married the man of her dreams over 50 years ago, however, she has kept her life with him very private, and there is very little known about him and their personal life.

From time to time, Dolly would share bits and pieces of their life together in interviews, and fans love hearing all about their long-lasting love.

In 1976, Dolly did an interview with The New York Times where she shared her first encounter with Dean.

She revealed that it was her first day in Nashville, and she was staying with her Uncle Bill, who had just recently moved there. Dolly was at the Laundromat, and because she was in such a hurry to get to Nashville, she only came with dirty clothes.  Just after she placed her clothes in the washing machine, Dolly started walking down the street and exploring her new surroundings. A guy hollered at her, so she waved, he came over to her, and they started talking. That guy was her now-husband, Carl.

She shared a special moment between them in the article saying:

“I wouldn’t go out with him. I mean, that was somethin’ we was taught. You gotta know somebody or they may take you on a back road and kill you. But I said, You’re welcome to come up to the house tomorrow because I’m baby‐sittin’ my little nephew. He came up every day that week and we set out on the porch. I wouldn’t even take him in the house. Then my aunt got a day off, and she could keep the kid and that was my first chance to go anywhere with Carl and he drove me straight to his folks’ house and introduced me to his mother and daddy. Cause he said he knew right the minute he saw me that that’s the one he wanted.”

On their very first date out, Carl took Dolly to grab a bite to eat. Although the location may come as a surprise. She recalled the early part of their courtship in an interview with PEOPLE saying:

“When I met my husband, he wanted to take me out to dinner. He pulled up to the drive-in window and got our food at McDonald’s.”

The couple secretly eloped on May 30, 1966, with only her mother, the preacher, and the preacher’s wife in attendance.  Dolly kept her marriage to Dean a secret for some time, due to her record label requesting that she wait a year to get married, after investing a lot of money into building her career.

Dolly Parton and Carl Dean eloped in 1966, and Dean has kept a low profile ever since.

After 54 years of marriage, Dolly and Carl definitely seem to have a love that lasts!

Watch Dolly Parton talk about her husband Dean in the video below!