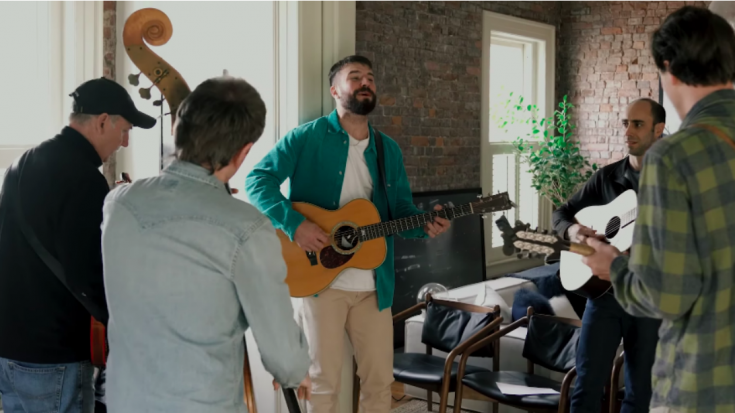 Sam Hunt took the country music world by storm in 2014 after signing a record deal with MCA Nashville. With the success of his albums and chart-topping singles like “Leave the Night On,” “Take Your Time,” and “Make You Miss Me,” Hunt secured his place in country music history as the first solo male artist to land four number one singles on the Country Airplay chart from a debut studio album.

But, Hunt’s success didn’t come without criticism. Many questioned his status as a country artist due to his sound being more progressive. But, the singer-songwriter continued to see success with his follow up releases, putting to rest any doubt that he was here to stay.

Any country music fan who is familiar with Sam Hunt’s music may be surprised to find out that he apparently has an affinity for bluegrass music. In a new video posted to Twitter, Hunt reveals that he spent his summer playing bluegrass music with his brother-in-law.

“I’ve been playing some blue grass music with my brother in law Mason James Nolen this summer. He’s playing the mandolin here,” Sam says of the video. “He and I got together with Gaven Largent, Evan Winsor, Cody Kilby and Greg Davis….”

“Sitting on Top of the World” has been remade numerous times since it was first recorded in 1930 by artists including Bob Wills and His Texas Playboys, Ray Charles, Doc Watson, Bob Dylan, and Willie Nelson. But, hearing Sam Hunt sing the song with a bluegrass twang is like hearing it for the first time. Take a listen in the video below!