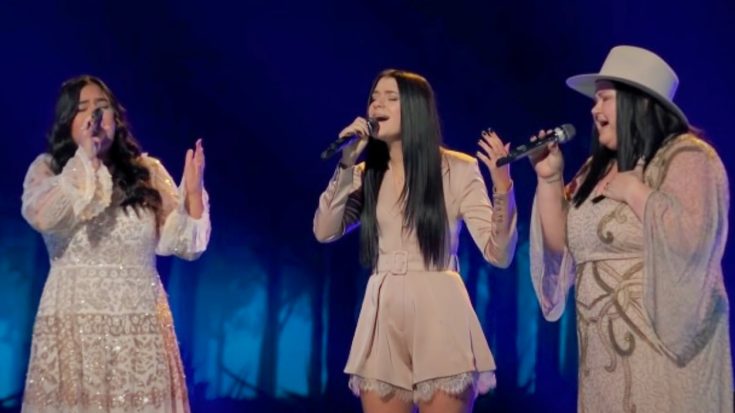 The mother-daughter trio Worth the Wait stood out from the start of Season 19 of The Voice. Their blind audition performance of  Linda Ronstadt‘s “When Will I Be Loved” earned a four-chair turn.

They ended up picking Blake Shelton as their coach. From there, they went on to win their battle and knockout, and earned a spot in the Top 17.

Those Top 17 contestants got the chance to perform during the season’s first live show, which aired on November 30. This also marked the first time the contestants sang for fan votes.

Knowing how much pressure they were under to keep impressing the fans as they did in the pre-taped portions of the show, Worth the Wait picked a song that allowed them to showcase their signature harmonies. They chose The Judds‘ #1 single from 1985, “Love Is Alive.”

Each member of Worth the Wait took turns singing solo during their cover of “Love Is Alive.” While all of their individual performances were pleasing, the best moments came when they united and sang together. Their harmonies are chill-inducing!

After they finished singing, Shelton told them it was their best performance so far. That’s some high praise considering how well-received all their previous performances were.

Tune in to the clip below to watch Worth the Wait sing “Love Is Alive” and let us know if you think Shelton was right. There’s no denying this was one exceptional performance!