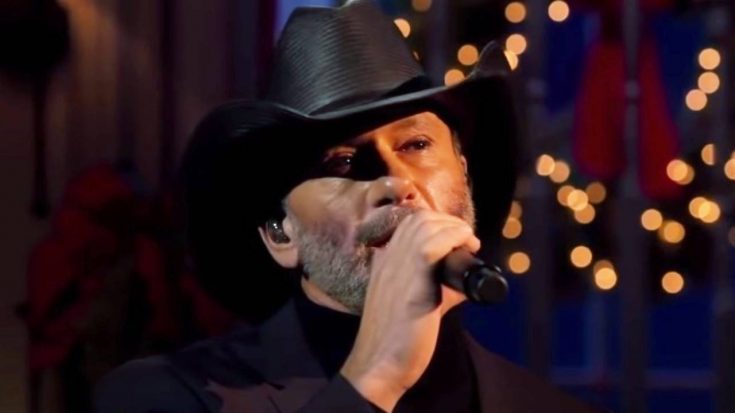 The first Monday after Thanksgiving is always the official start to the Christmas season and the CMA’s annual Christmas special was a perfect way to kick it off.

McGraw made his very first CMA Country Christmas appearance and performed a song that is very special to him, “It Wasn’t His Child.”

Before filming his song, he said, “I’ve known this song, gosh, since the late ’80s I guess. I’ve performed it several times at Christmas because it’s always one of my go-to Christmas songs to perform and I always love it. I love the message of what it says and the story behind it. Just so well written, Skip’s a great writer.”

After his performance aired, he shared it to his Instagram page with the caption, “If you’ve never heard the original version of this song by Skip Ewing…. go check it out!! One of my favorite songs for the season. Thanx to the @cma for putting together this special night of music.”

Ewing first released the song in 1989 and it has since been covered by countless artists, including Trisha Yearwood in 1994.

Watch Tim’s take on the song below.