Sam Elliott Reveals One Of His “Favorite Scenes” In “1883” 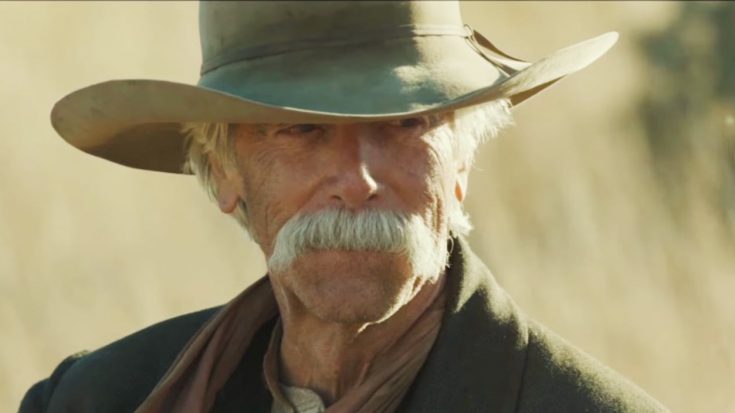 Sam Elliott has often talked about how much he enjoyed working on the Yellowstone prequel series 1883. Sam played Shea Brennan, a veteran with a lot of sadness in his past. Shea lost his wife and daughter, and that sadness looms over him every day.

But Shea’s past losses gave him the ability to bond with Elsa Dutton (played by Isabel May) after she lost her first love, Ennis (played by Eric Nelsen). Shea opens up to her about his own experience with loss, and says:

“I know how you feel, a lot of people are going to tell you that. Whether it’s the truth or not, I don’t know… But I know it’s true when I say it.“

This is the same scene when Shea tells Elsa he dreams of seeing the ocean, since his wife, Helen, always wanted to see it. He said he’ll go to the ocean and give Helen the chance to see it through his eyes.

Sam later reflected on this scene he shared with Isabel. Looking back on 1883, he said it’s one of his “favorite scenes” in the entire series:

“Shea tells her a story that he’s heard from an Apache scout which is a great tale,” Sam says in a behind-the-scenes video. “He’s trying to make Elsa come out of her gloom that she’s immersed herself in and at the same time he shows a glimpse of what it is that’s driving him to Oregon.”

You can rewatch the entire scene between Shea and Elsa by pressing “play” on the video below.

This scene always stood out to us as one of the series’ most powerful moments. So it’s no surprise it meant a lot to Sam too.