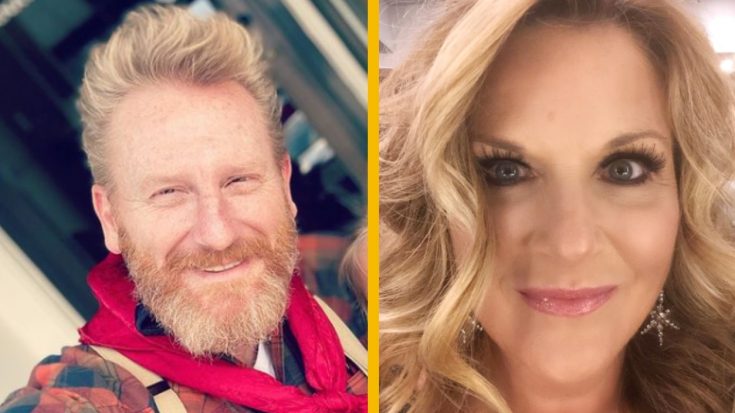 Rory first rose to popularity on CMT’s Can You Duet back in 2008, but since his wife passed away from cancer, the artist has focused on books, blogging, and creating a documentary. In 2016, he indicated that he would not perform without Joey, but now, Rory has softened his outlook on continuing his music career. The artist’s first solo album is due in June of this year.

Feek shared a blog explaining that he only wrote two of the new album’s songs. The country singer wanted to pick from the “right songs for the record,” and he did not just want to be limited to his works. On the record, Feek wrote the song “Me & the Blues,” which he shared on Valentine’s Day 2021. He also wrote “Met Him In A Motel Room,” which he released on Friday.

Feek penned the song with his friend Jamie Teachenor about twenty-years ago, and previously, Trisha Yearwood recorded the song for her album, Prizefighter. Now, Yearwood is joining Feek on his rendition, which Feek describes as an “extra-special” experience for a songwriter.

“This song is about a woman of the night… sort of,” Rory shared in his blog Rory Feek An Extraordinary, Ordinary Life. “It’s actually about the emptiness inside us that we try and try to fill, with money and things, with work or with alcohol. With drugs and sex and whatever else we can, only to find that that empty spot inside of us, that all that stuff is supposed to fill… doesn’t.”

Listen to Feek and Yearwood’s collaboration in the video below.