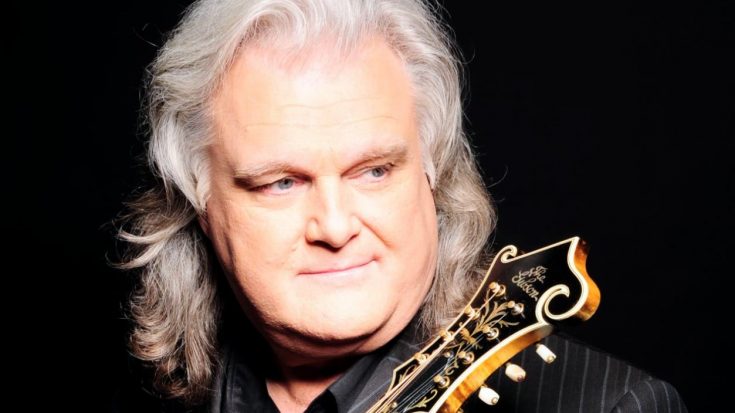 2020 has been an unprecedented year, to say the least. Country Music Hall of Famer Ricky Skaggs acknowledged this when he made a social media post on Thanksgiving (November 26).

In the post, Ricky spoke about how even though this year has been challenging for many reasons, he has “a lot to be thankful for.”

First, he spoke about how thankful he is that he got to spend plenty of time with his wife, Sharon White, this year. They have been married since 1981.

Since Ricky wasn’t on the road this year, he said he spent more time with Sharon than he had since they were first married.

After speaking about how grateful he was to spend so much time with his wife this year, Ricky shared a piece of news. He said earlier this year, he underwent quadruple bypass surgery.

“I came through quadruple bypass heart surgery perfectly, (thank you Jesus)…” he said.

From there, Ricky went on to talk about his new grandson, Lyric Salem. But he eventually circled back to speaking about his quadruple bypass surgery, saying:

“I have so much to thank God for. I’ve never been this unemployed since I started with Ralph Stanley when I was 15, but just as sure as the Lord brought me through heart surgery and blessed me so much, I know the Lord will work all things together because I love Him and I trust Him.”

Look below to read Ricky’s full post about everything he’s thankful for, including his successful quadruple bypass surgery.

We’re so happy to hear that Ricky’s surgery went “perfectly” and he seems to be recovering well.

Even though Ricky hasn’t been able to tour this year, he did get the chance to sing at the Grand Ole Opry in September. Watch a video of him singing “I Wouldn’t Change You If I Could” during that Opry appearance below.